Thermo focuses on the relationship of form, matter, and energy in both abstract and actual ways though a study of the intensive and extensive properties of architecture. In this project, a single architecture is investigated fro its multiple typological manifestations and thermodynamic states.

In the stage one (horizontal), the architecture is organized horizontally along the ground. A series of planes are assign to produce heat and the remaining do not produce any form of heat. The result, it’s a building that remains bi-polar in terms of thermodynamics. The heat is not conducted from one side to the other, because of the thermodynamics of convection, which states that heat transfer happens vertically, as it tends to raise. Instead of horizontally.

In the stage two (vertical), the architecture is organized vertically along the ground. The same series of planes which were assign heat, are displaced and reorganized by rotation and twist maneuvers from a hinged dissection. The physical dimension of the planes remains the same as in stage one.  As the organization is now vertical, the planes are able to transfer heat between non-heated planes.  Consequentially, the distance from plane to plane, creates a a diverse range of temperature between the building. 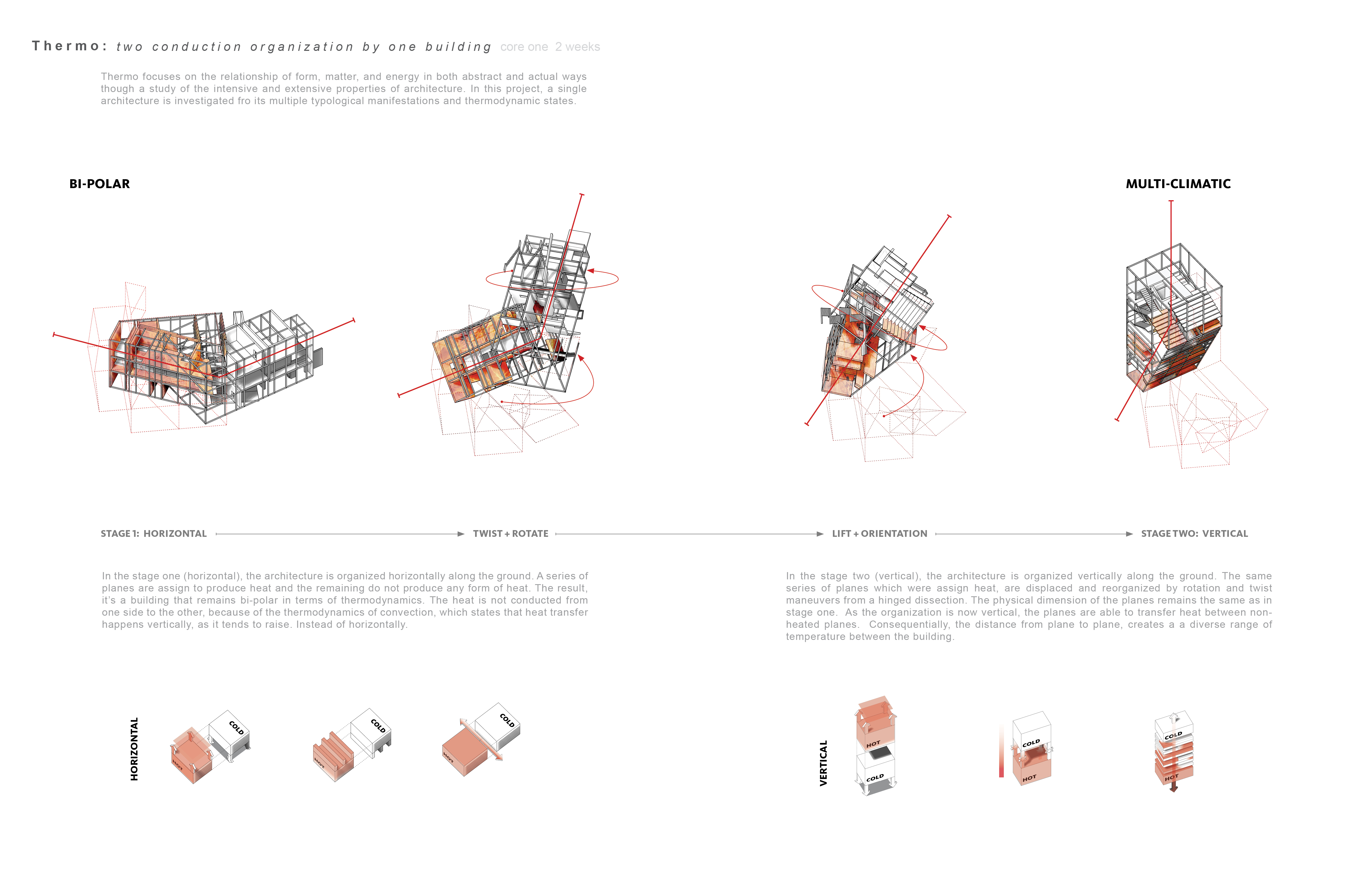 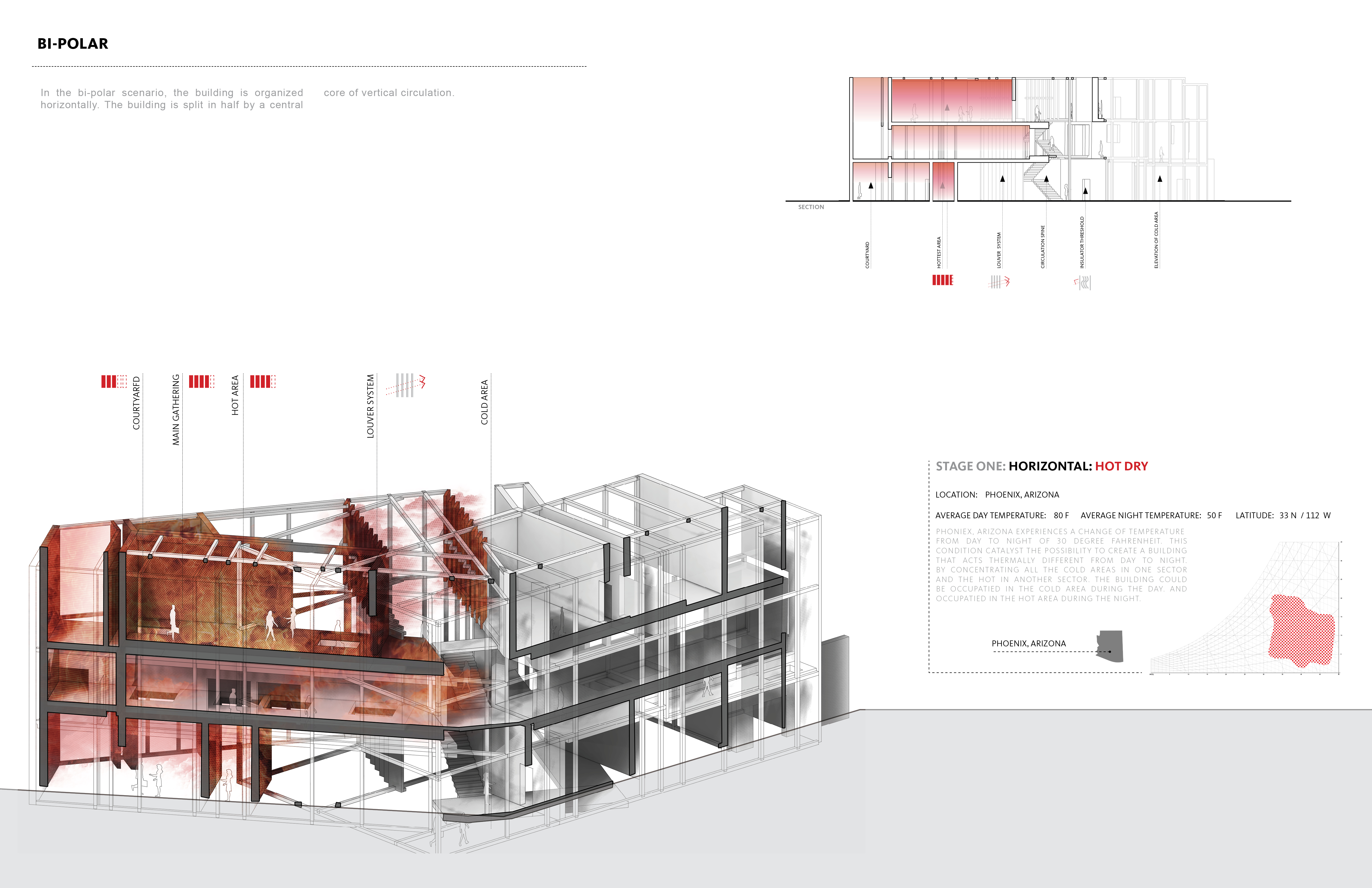 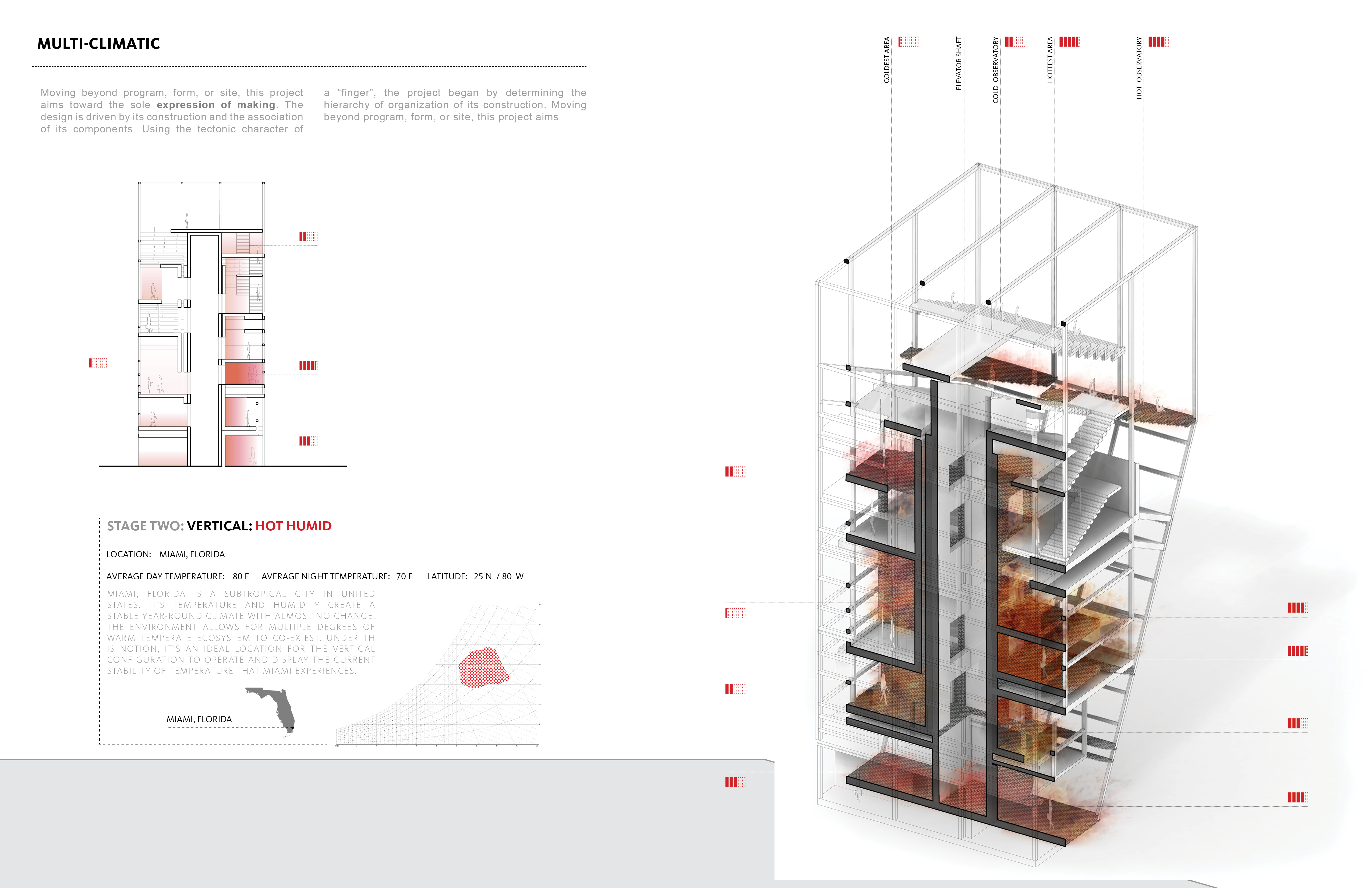 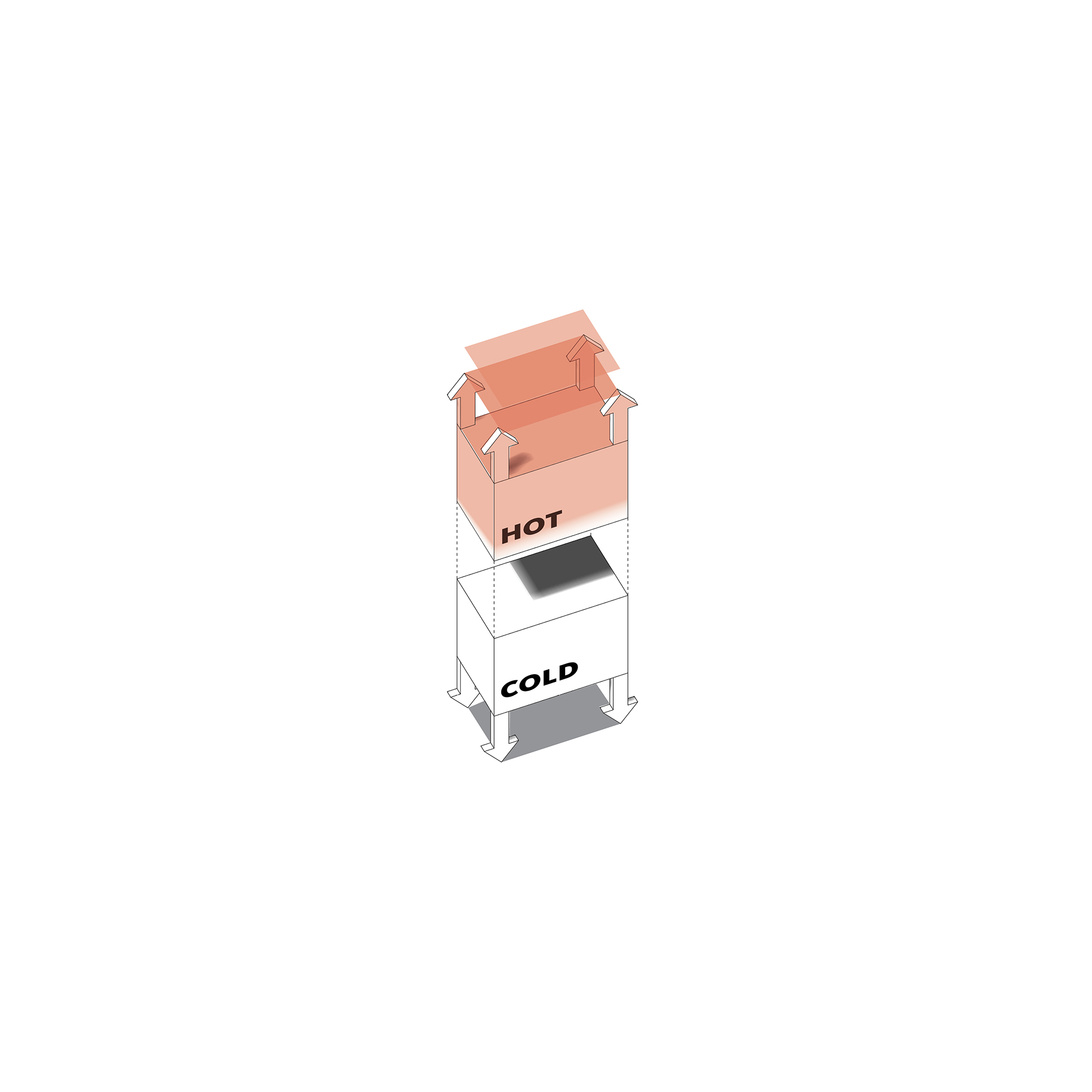 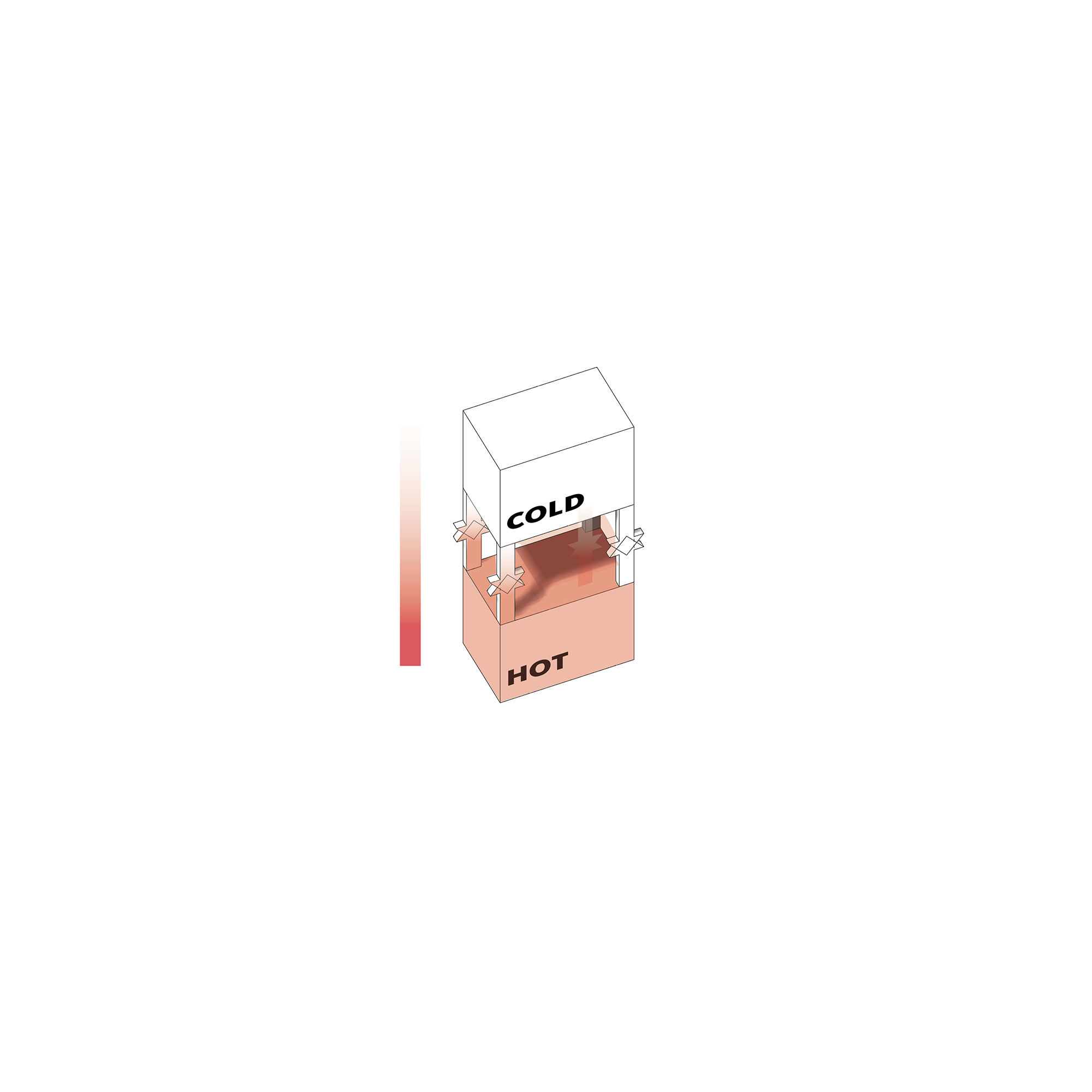 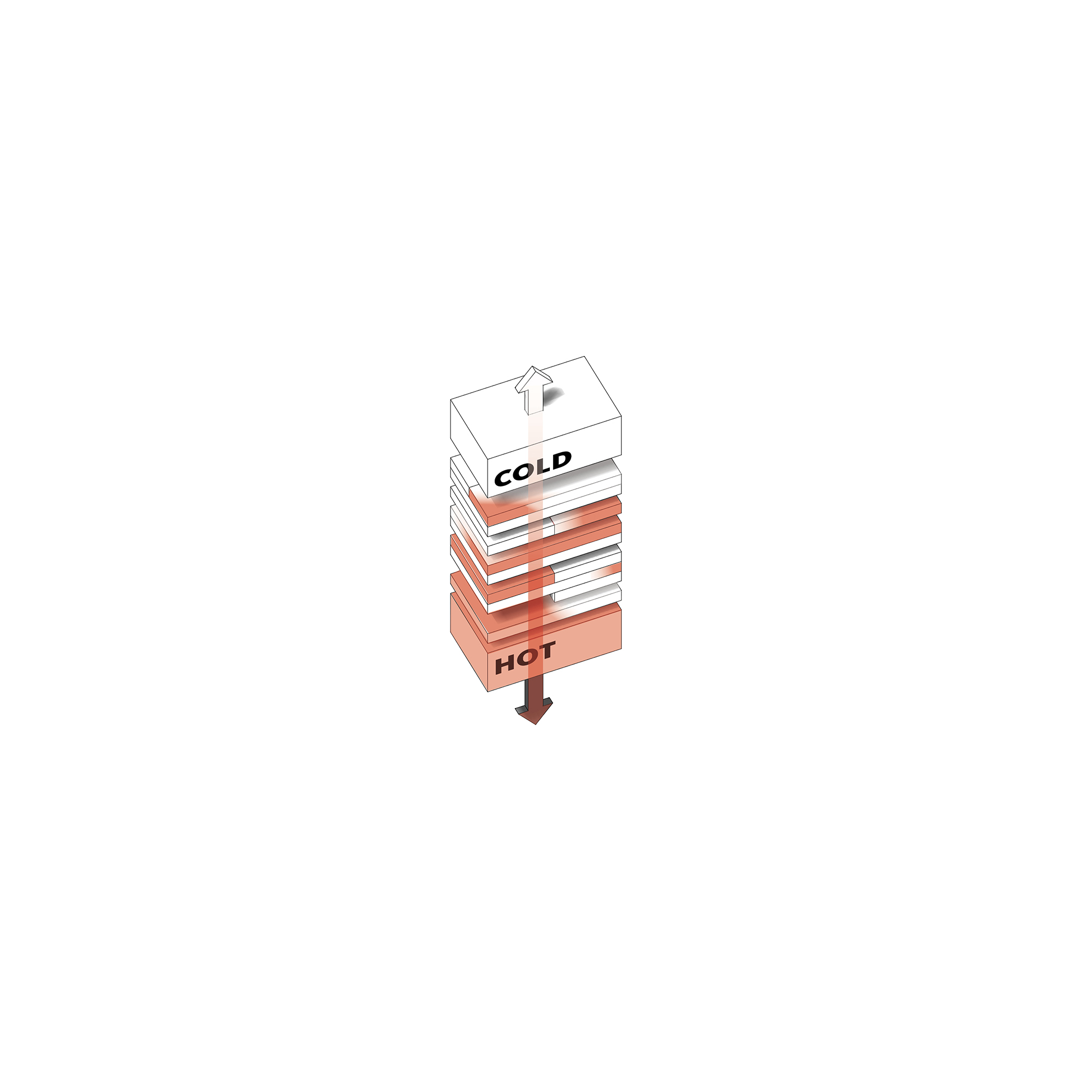 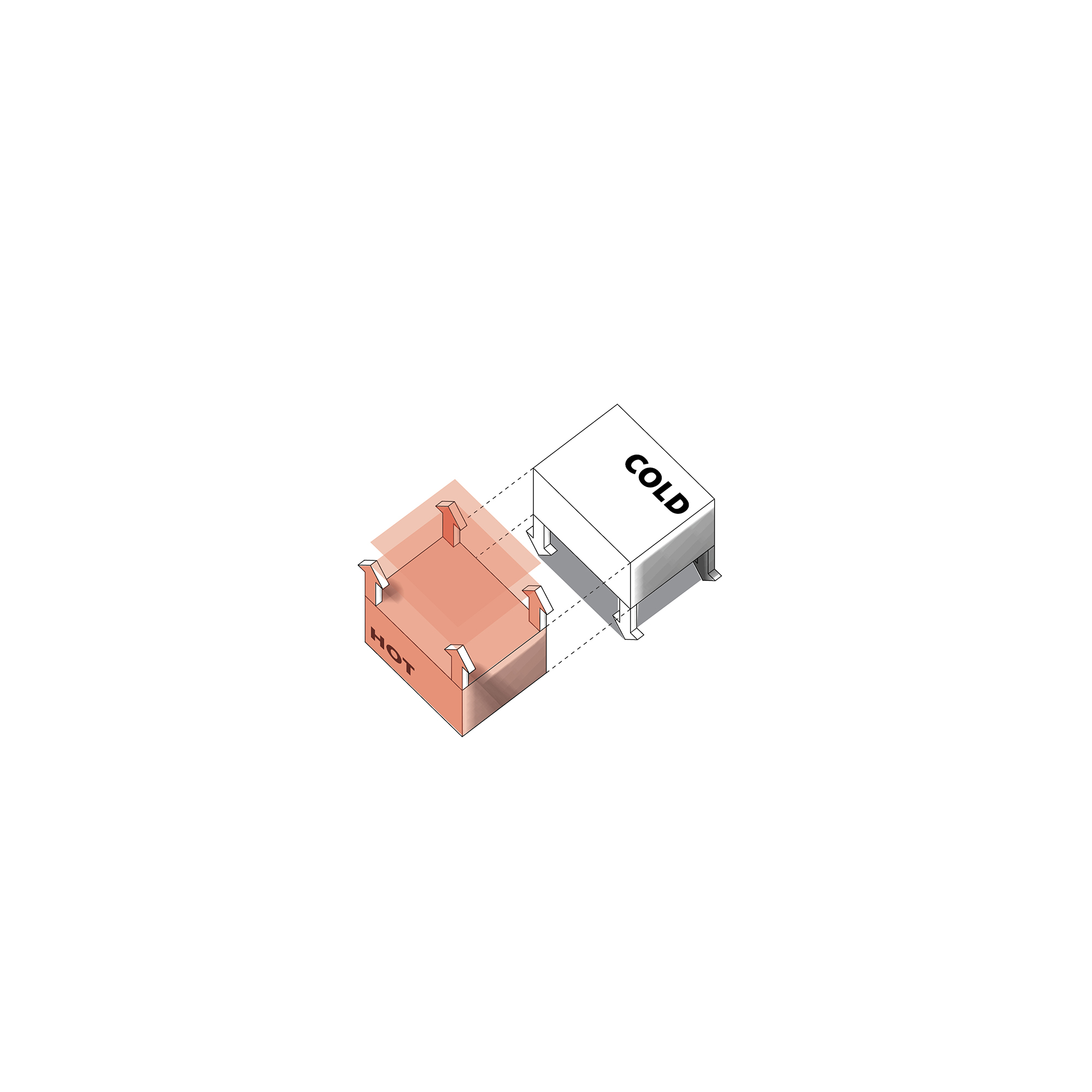 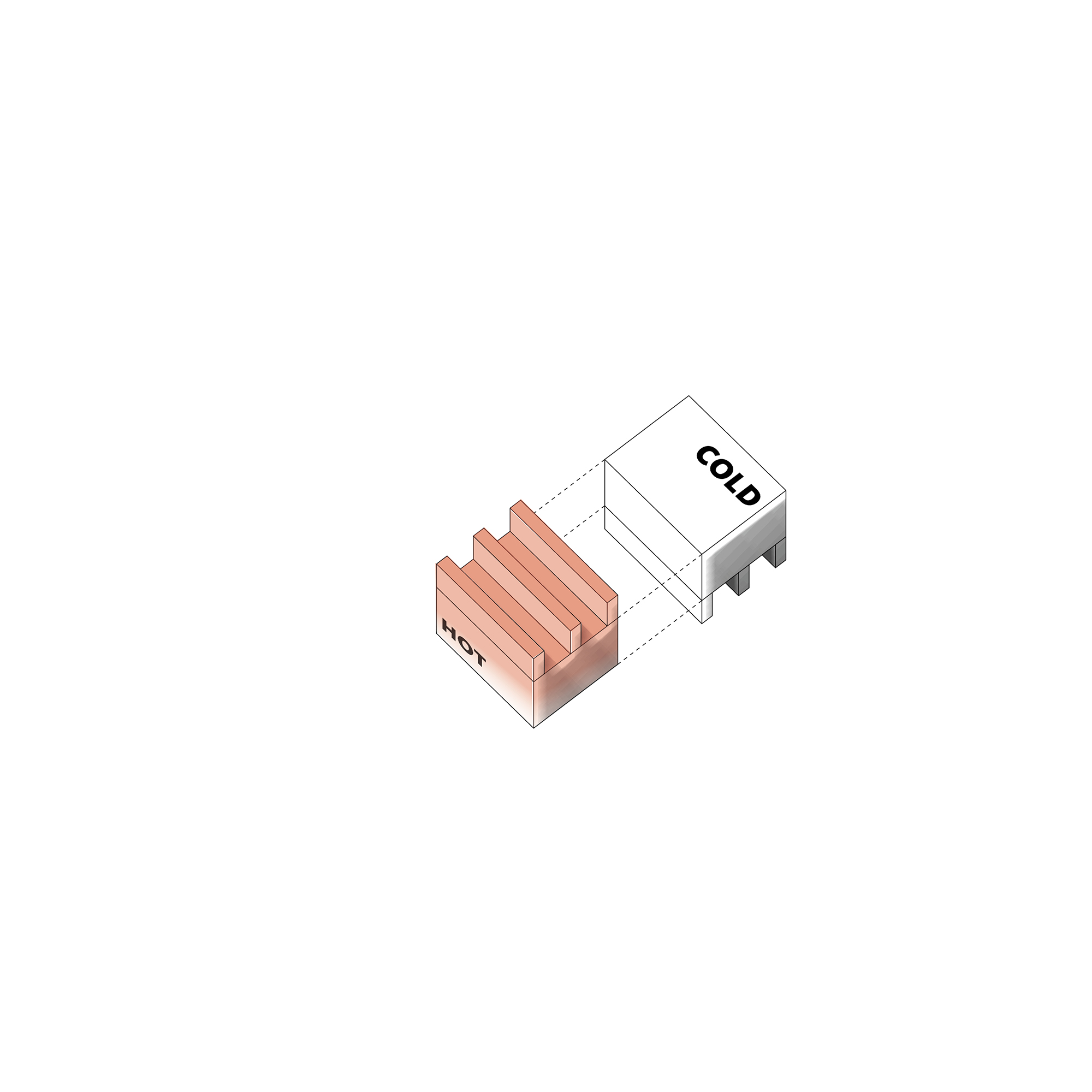 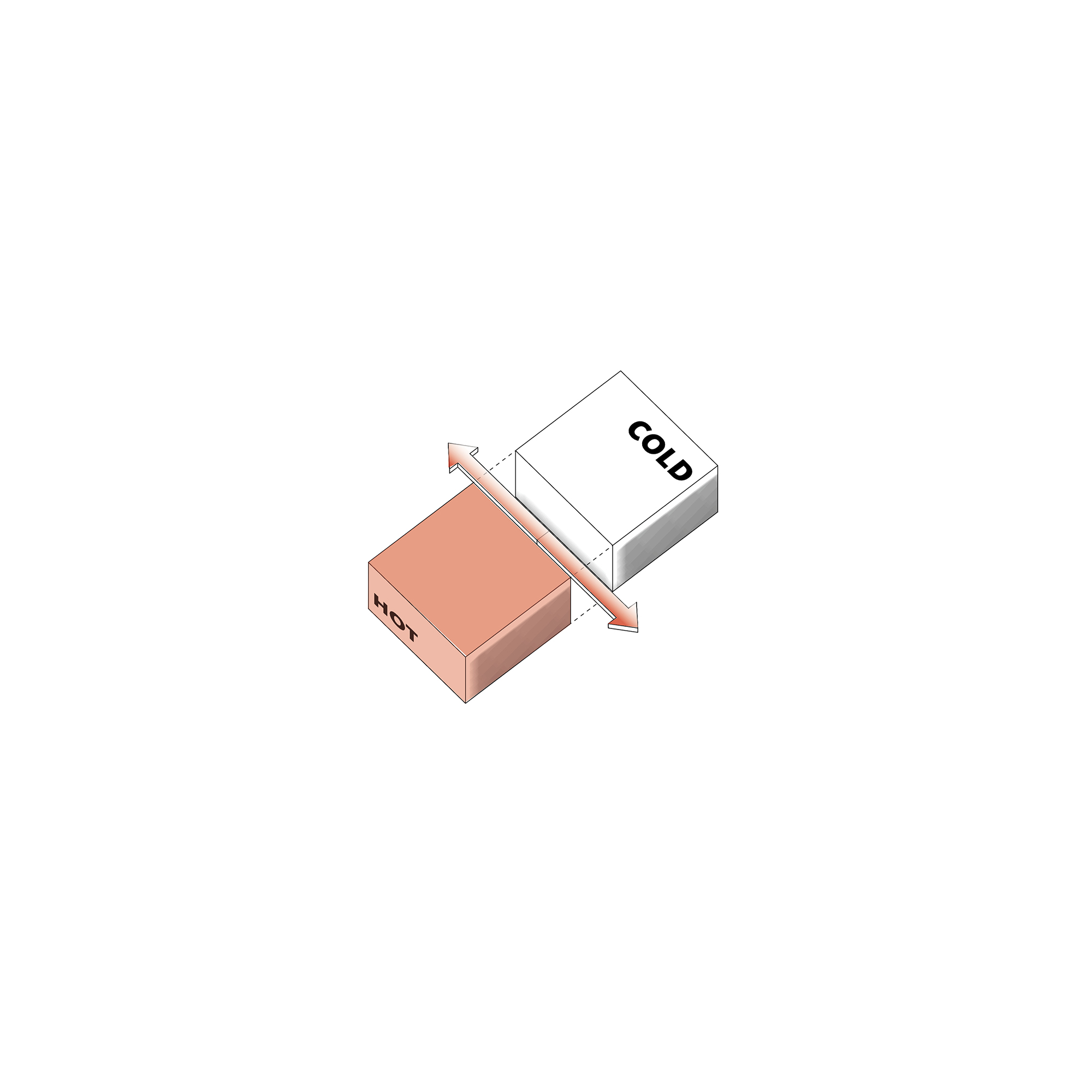 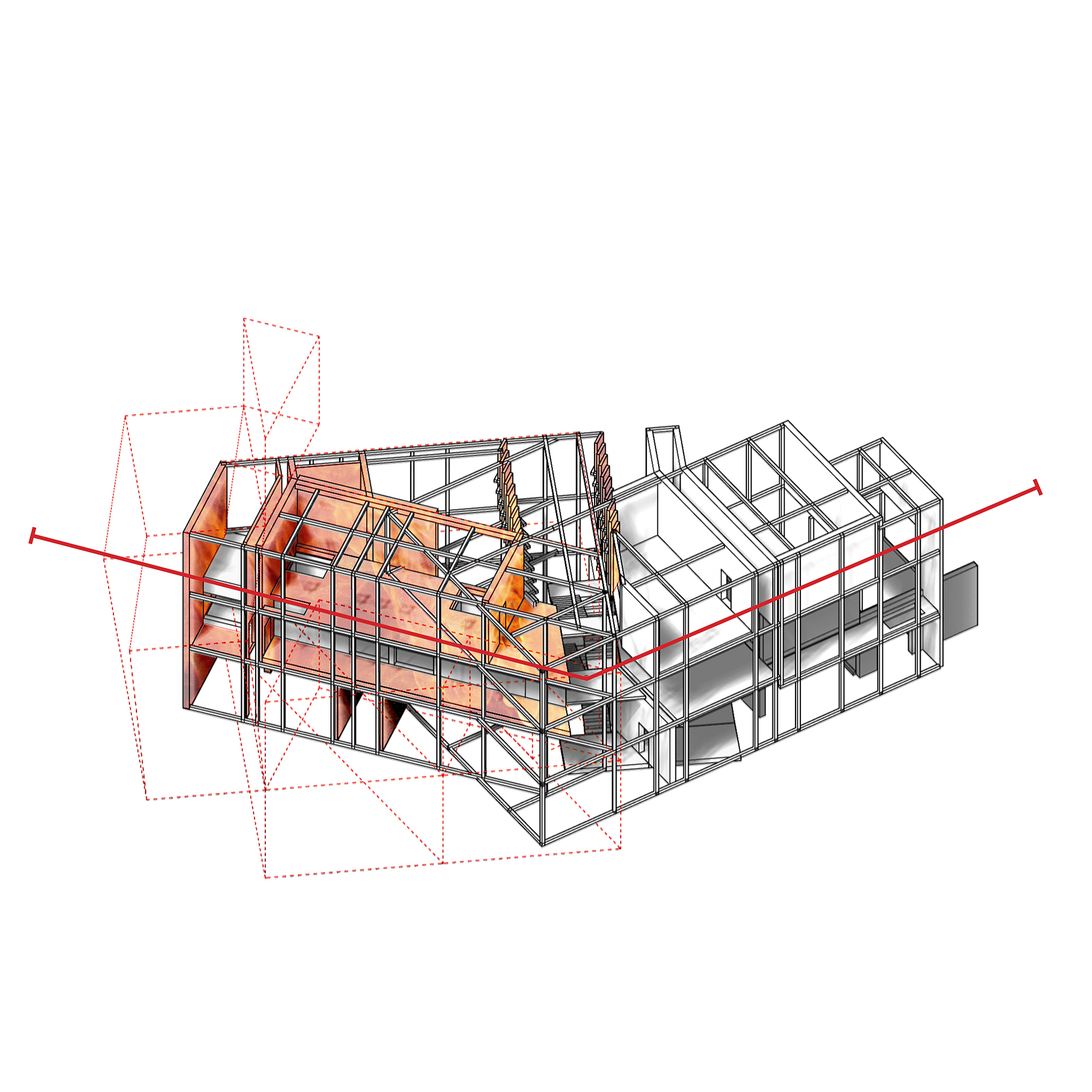 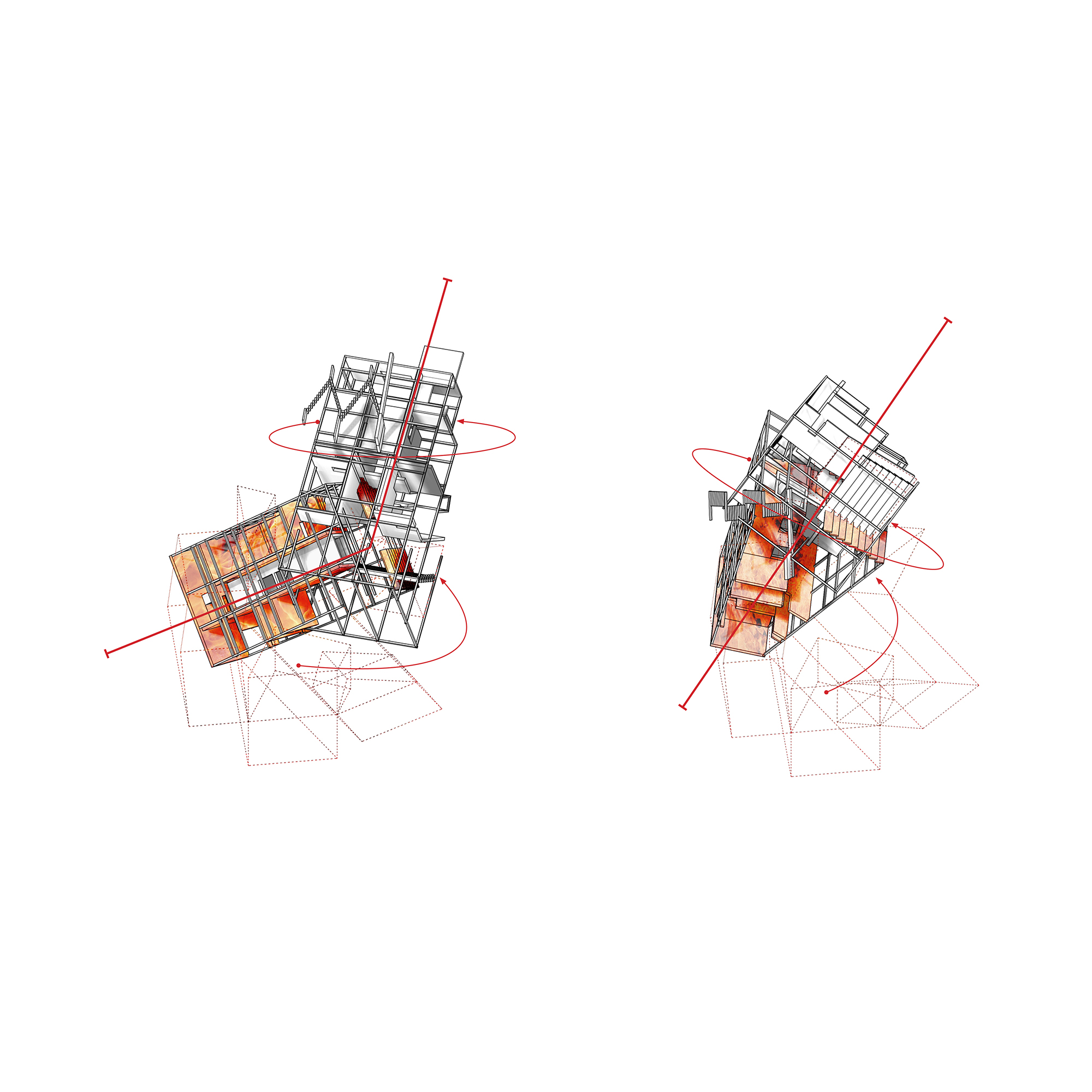 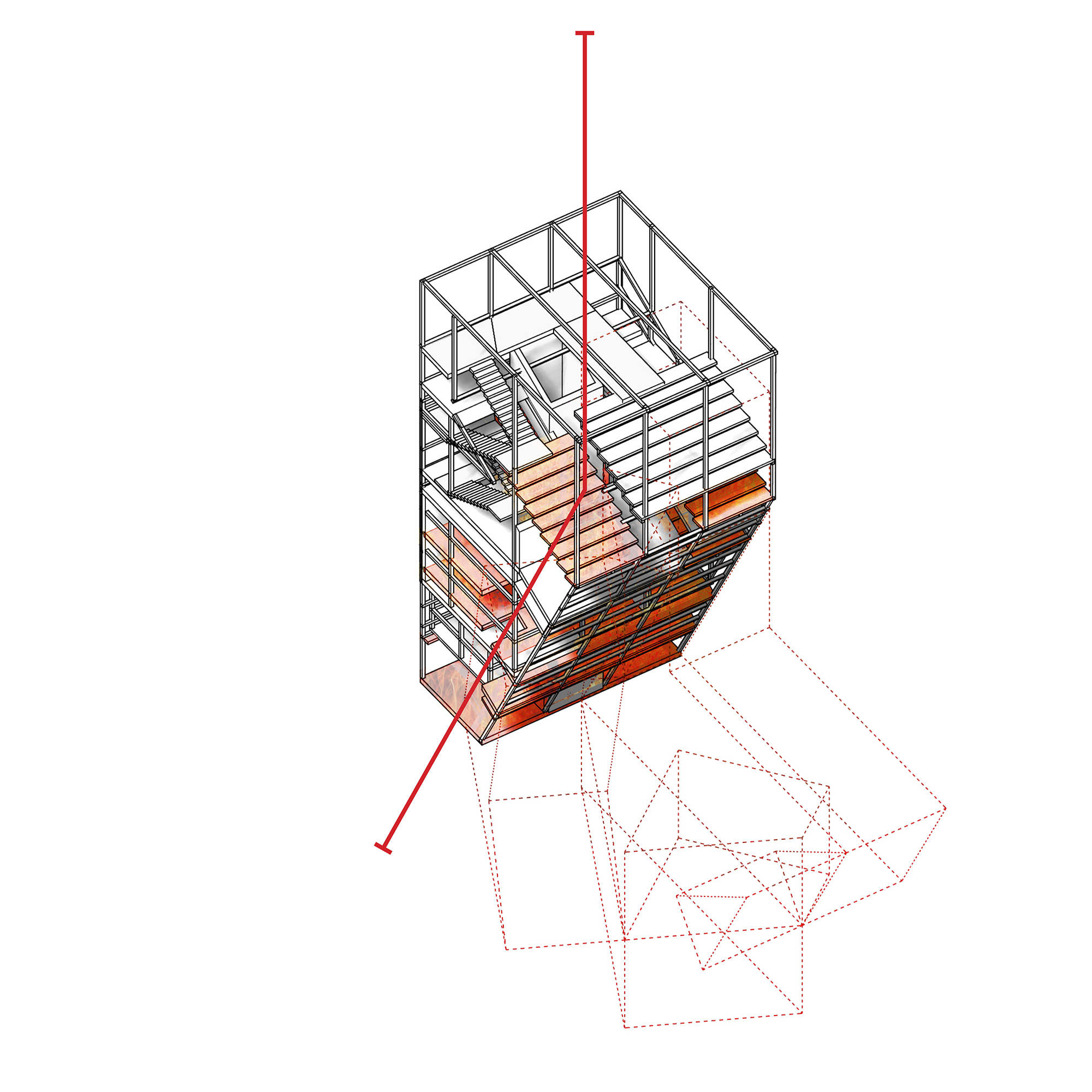 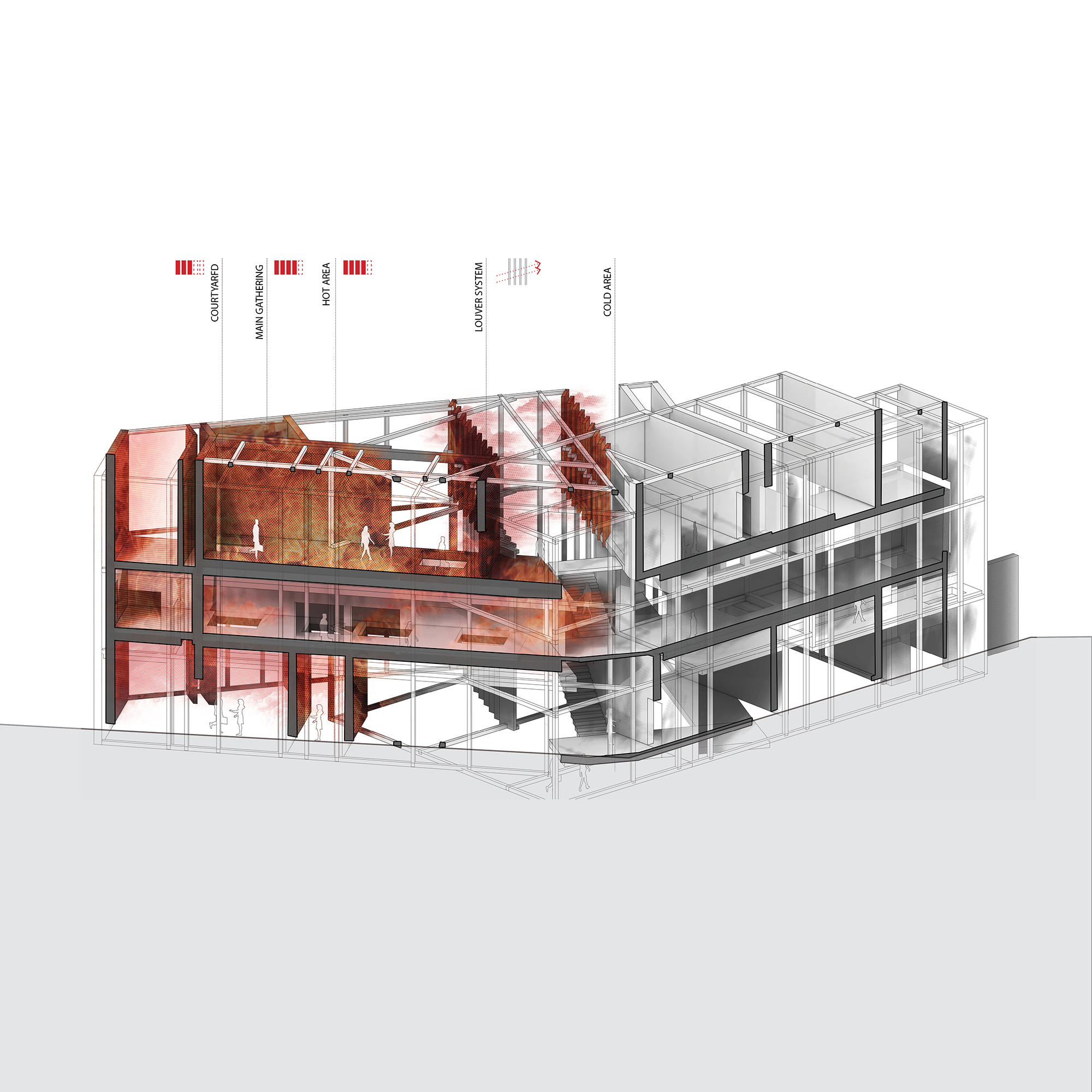 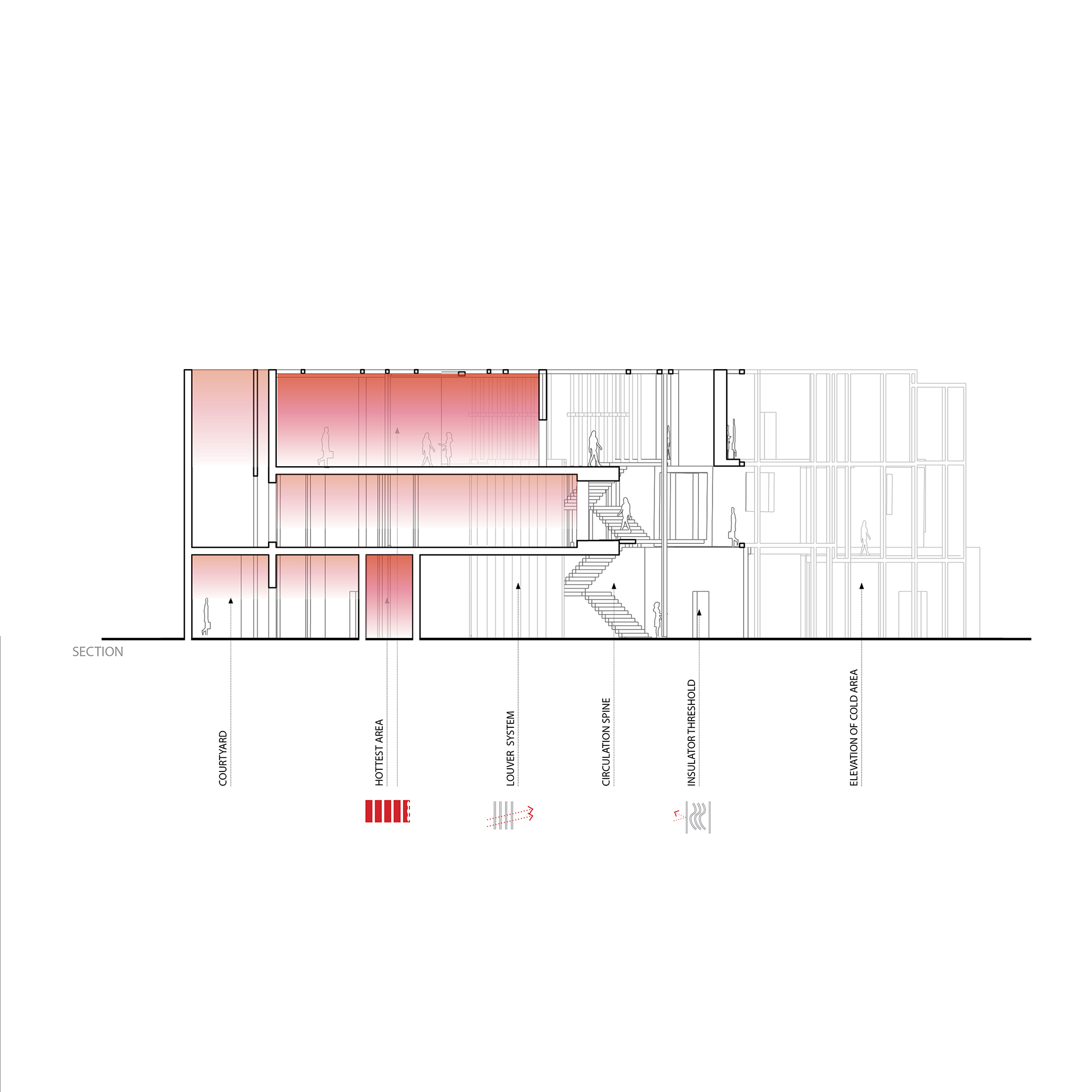 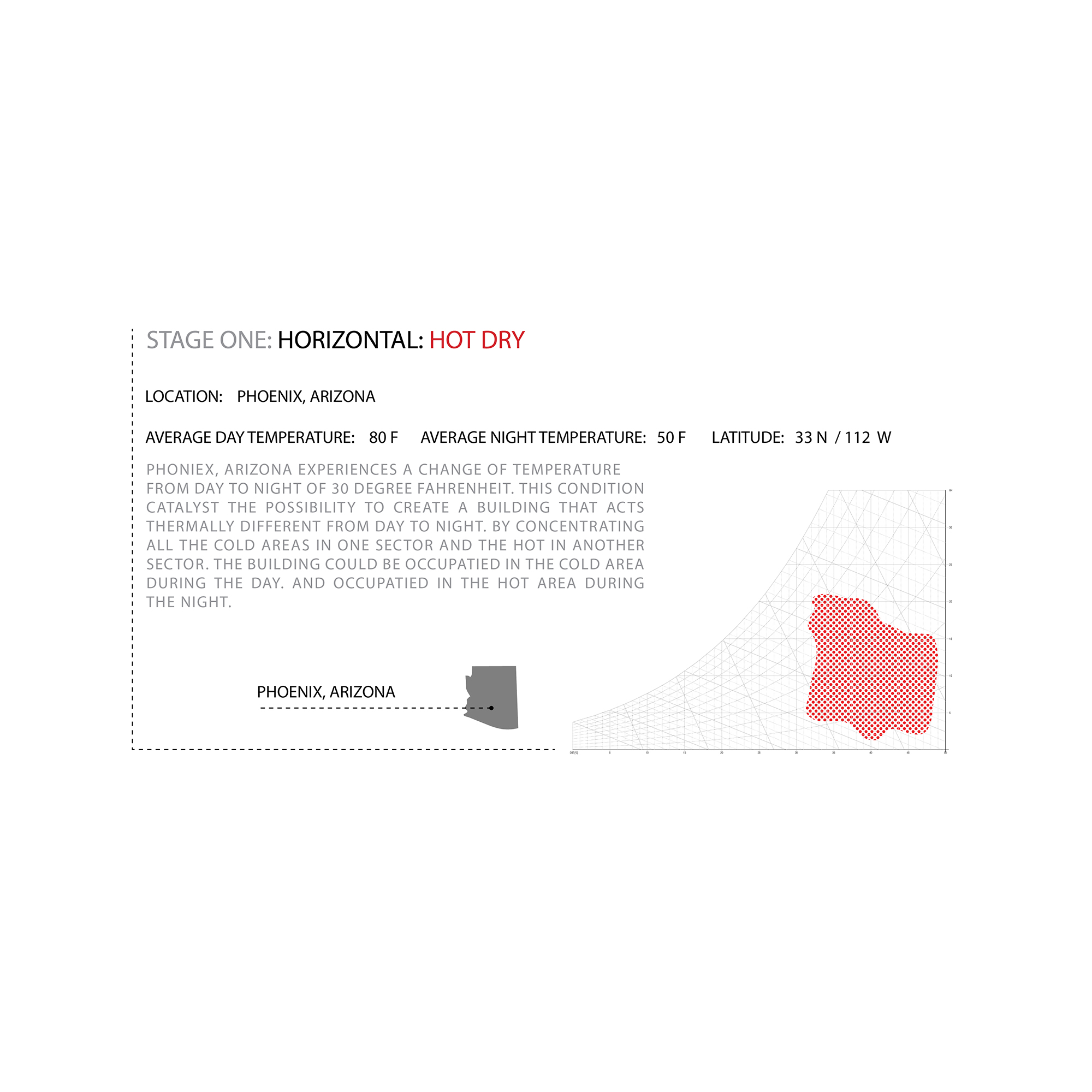 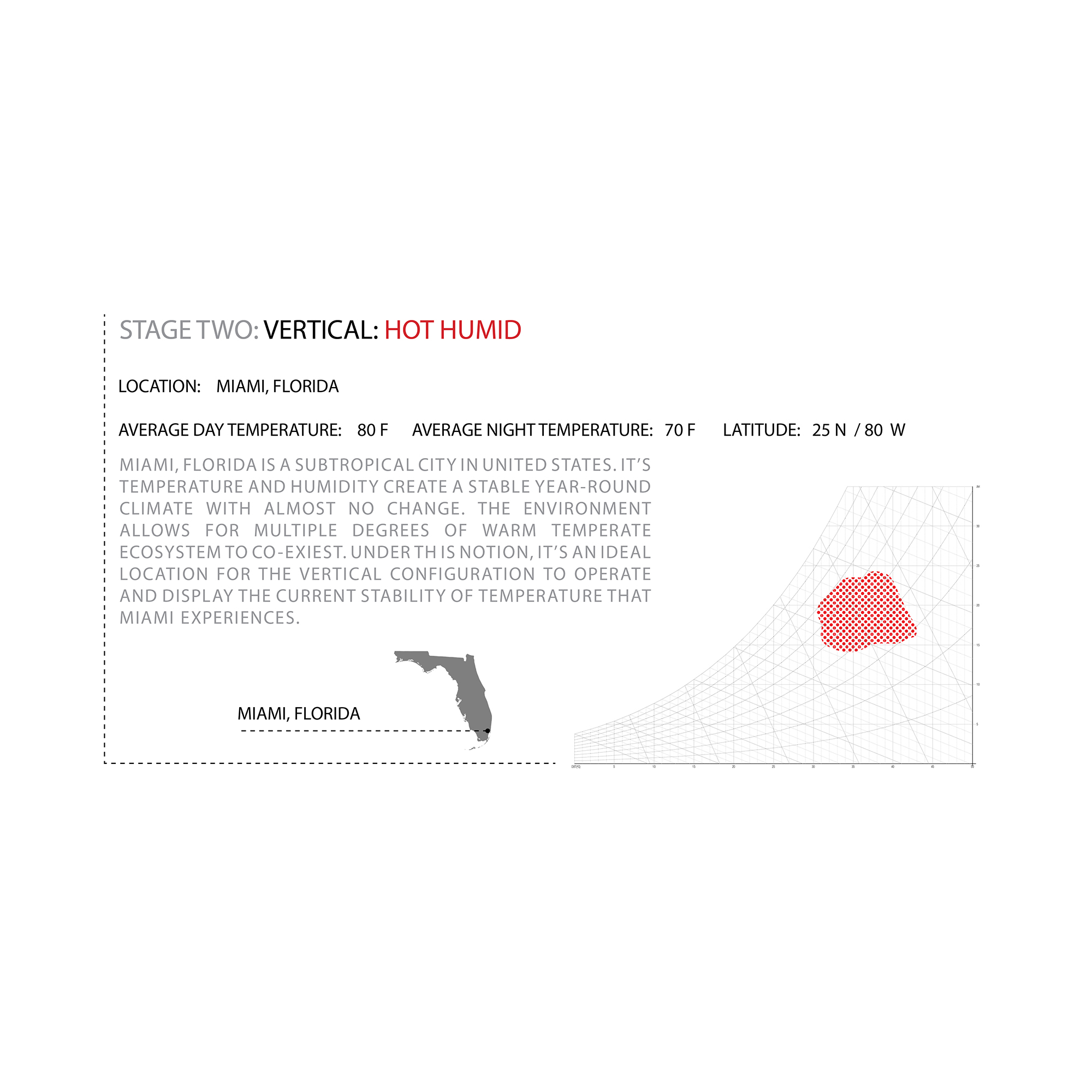 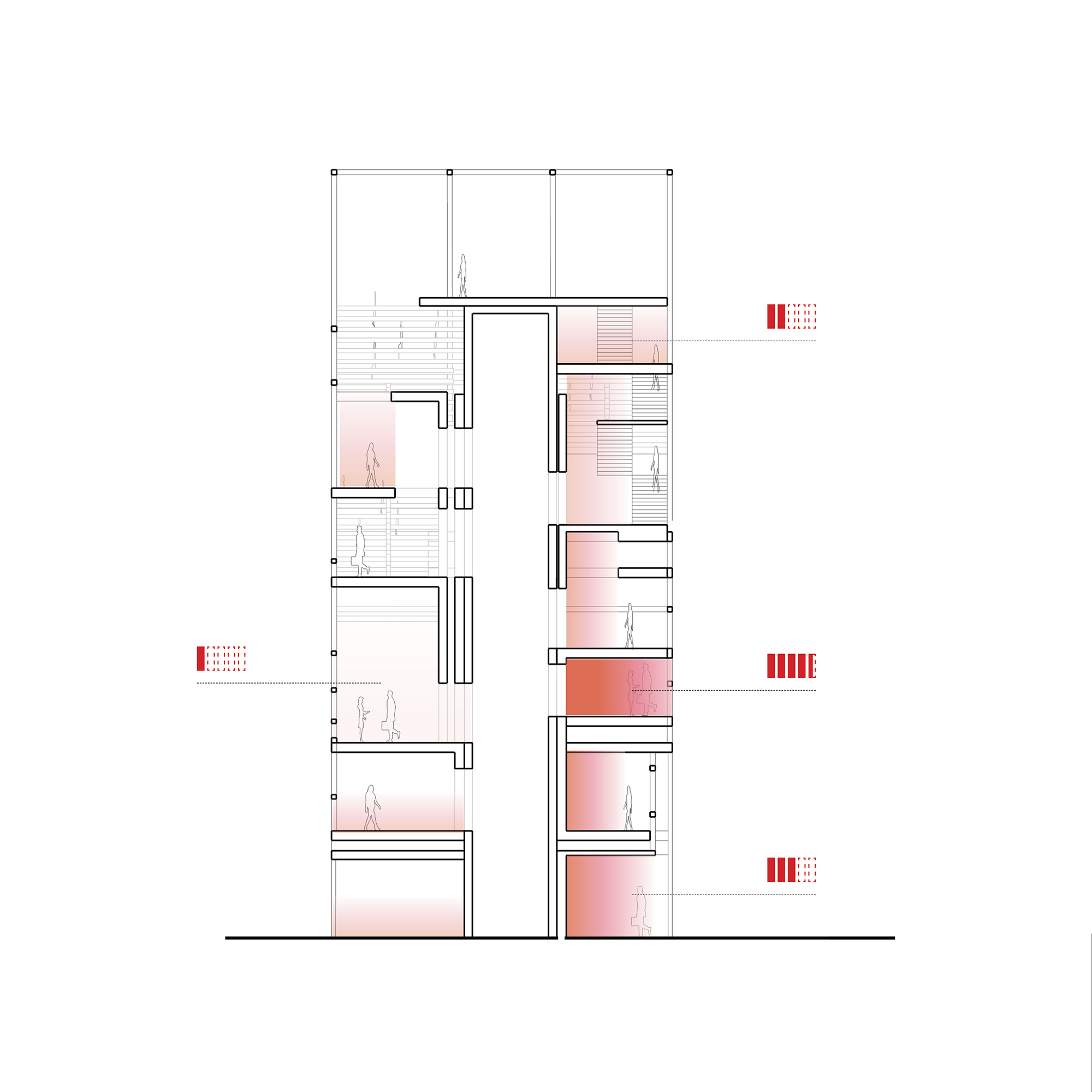 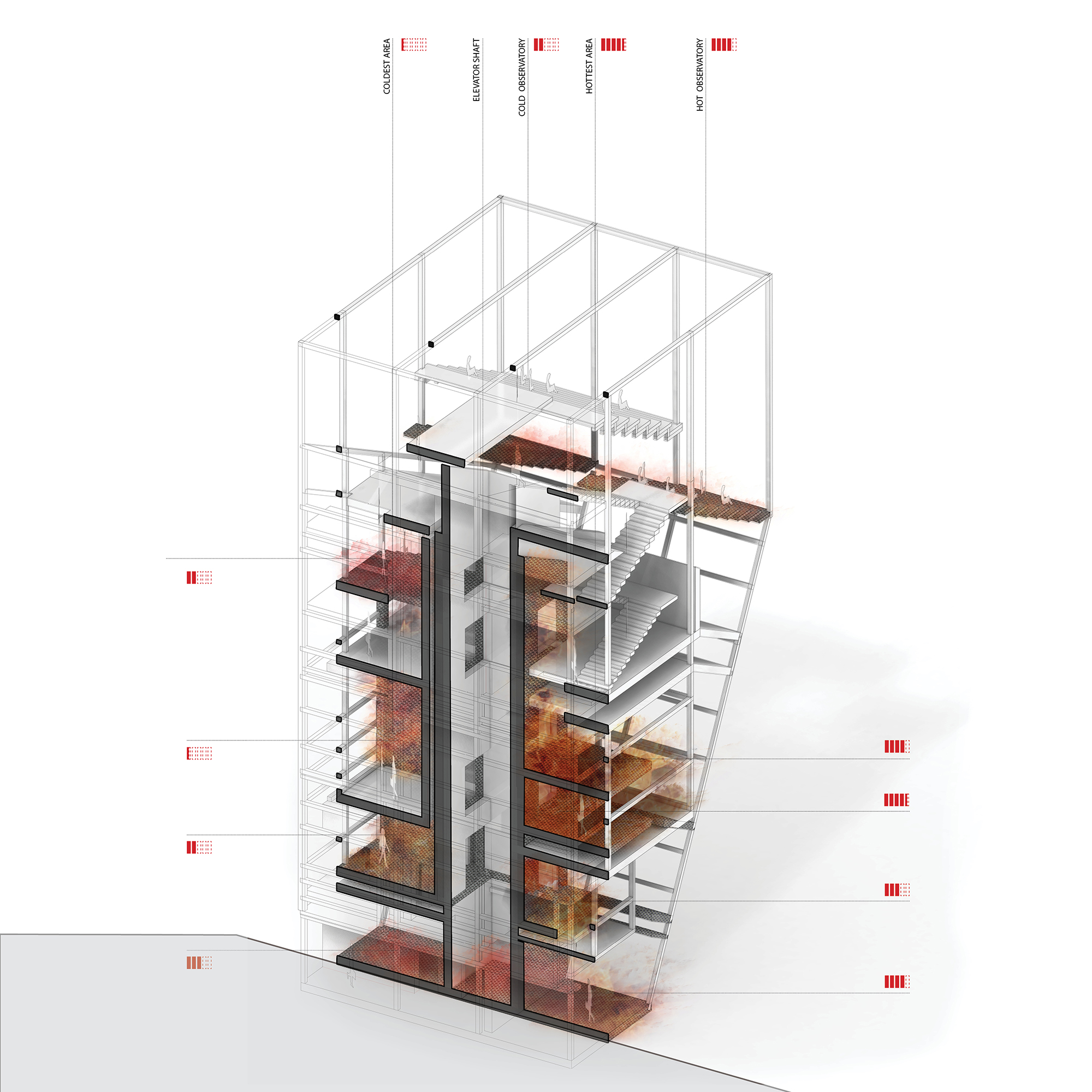