The Harvard Center for Green Buildings and Cities

HouseZero is the home for Harvard’s Center for Green Buildings and Cities, led by director Ali Malkawi. Designed by Snøhetta with Skanska Teknikk, it is a retrofit of the Center’s pre-1940s headquarters into a living laboratory and energy-positive prototype.

The new open plan of the building includes a grand stair where before there was none. Snøhetta chose to use the stair not only as the primary means of circulation, but also as a functional noise-mitigating component of the building, and the aesthetic heart of the project.

As the client, the Harvard Graduate School of Design looked for ways in which its community could engage with many aspects of the HouseZero project. Fellow alumnus Alex Timmer and I were asked to take the Hexonic Surface forward from Snøhetta’s schematic design to final install.

From the surface geometry and perforation pattern provided by Snøhetta, we were tasked with developing and fabricating thousands of unique parts with a shared, robust assembly logic and simple, repeatable installation methodology.

The nature of this task strongly encouraged our use of Grasshopper scripting to automate the production of machinable parts once a satisfactory prototype had been created and approved. A braced hub-and-spoke system was selected from the various prototypes for its material economy and adaptability. This system was codified into a Grasshopper script which created all the necessary joints for easy and accurate assembly. 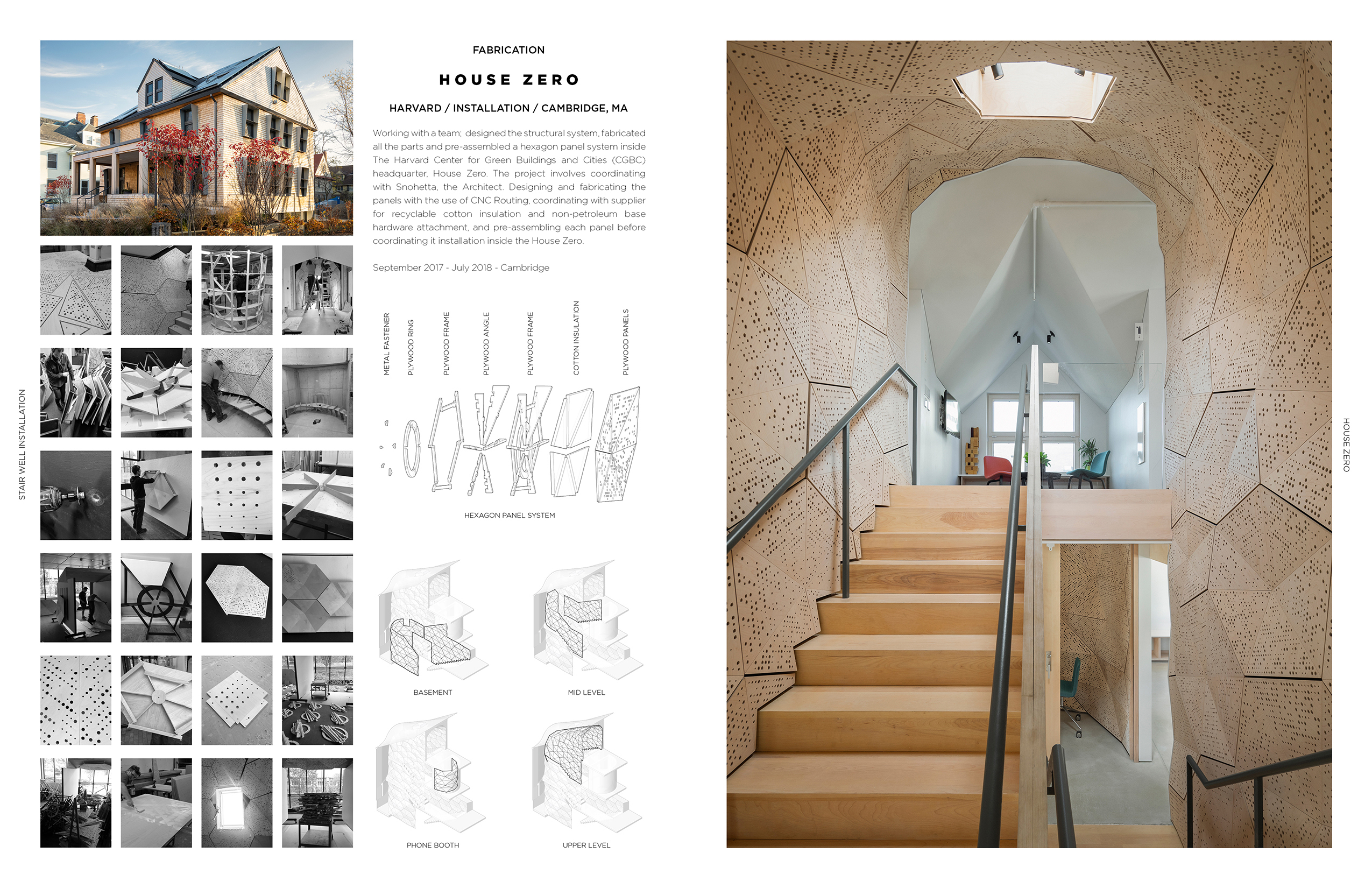 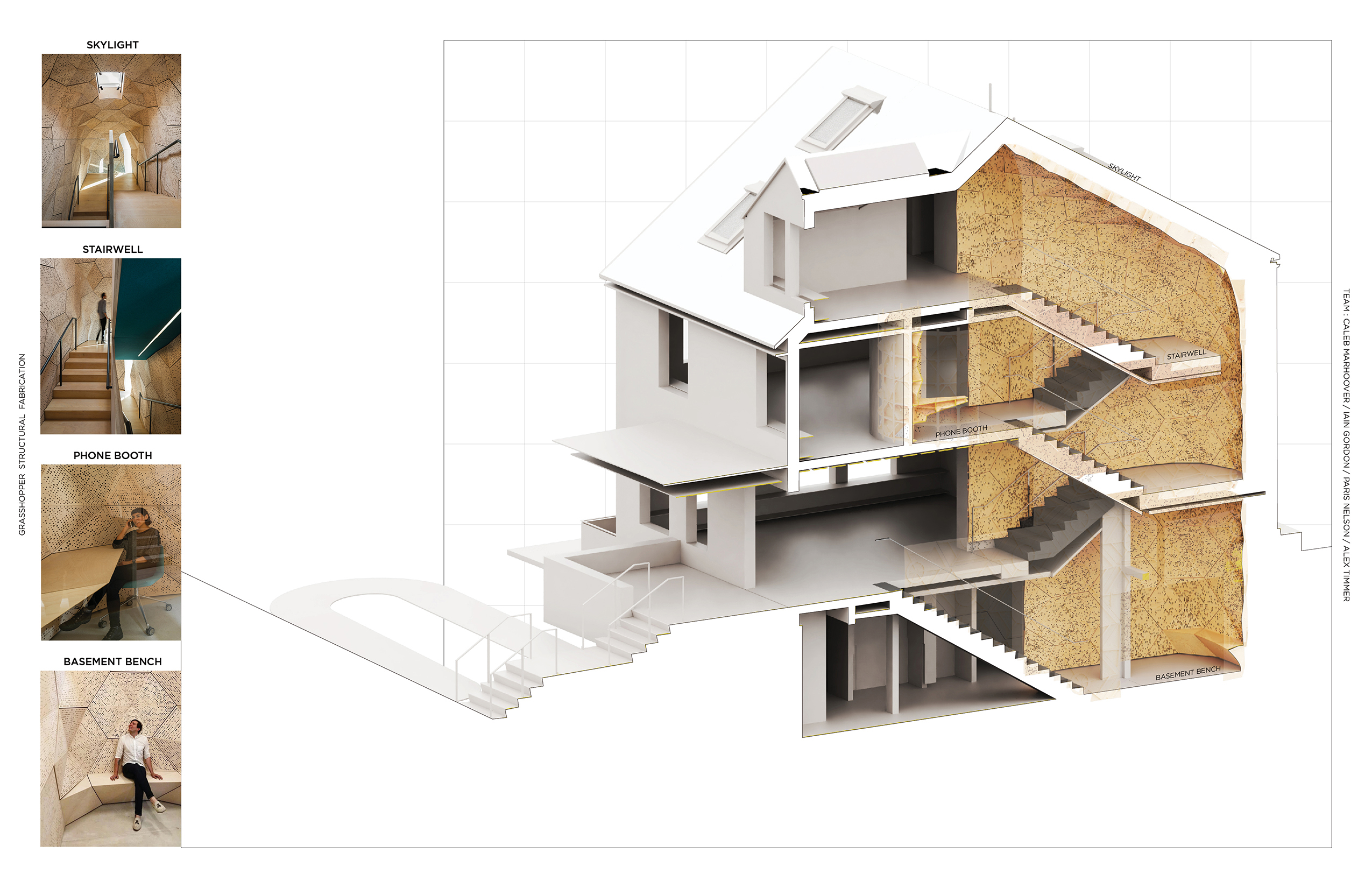 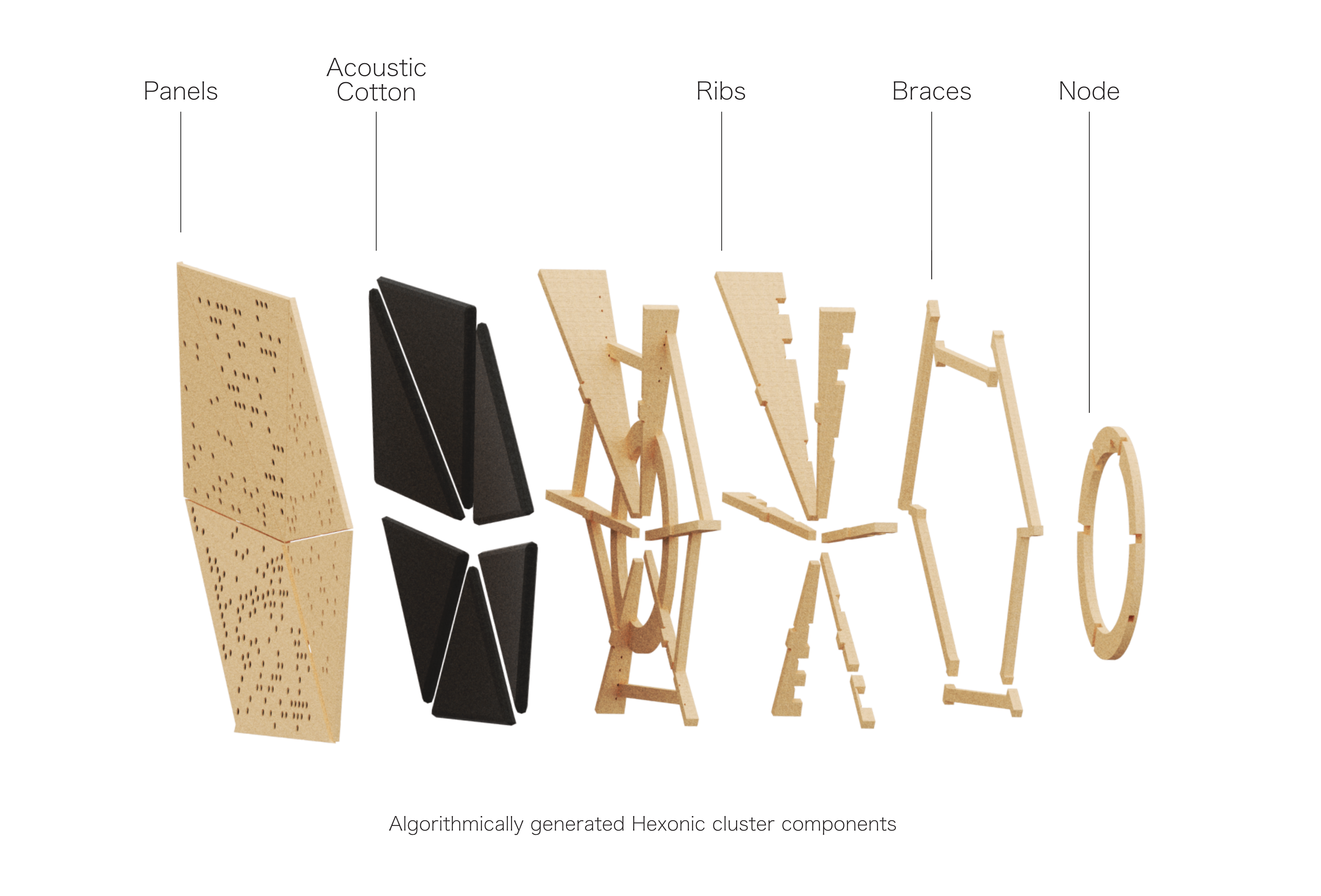 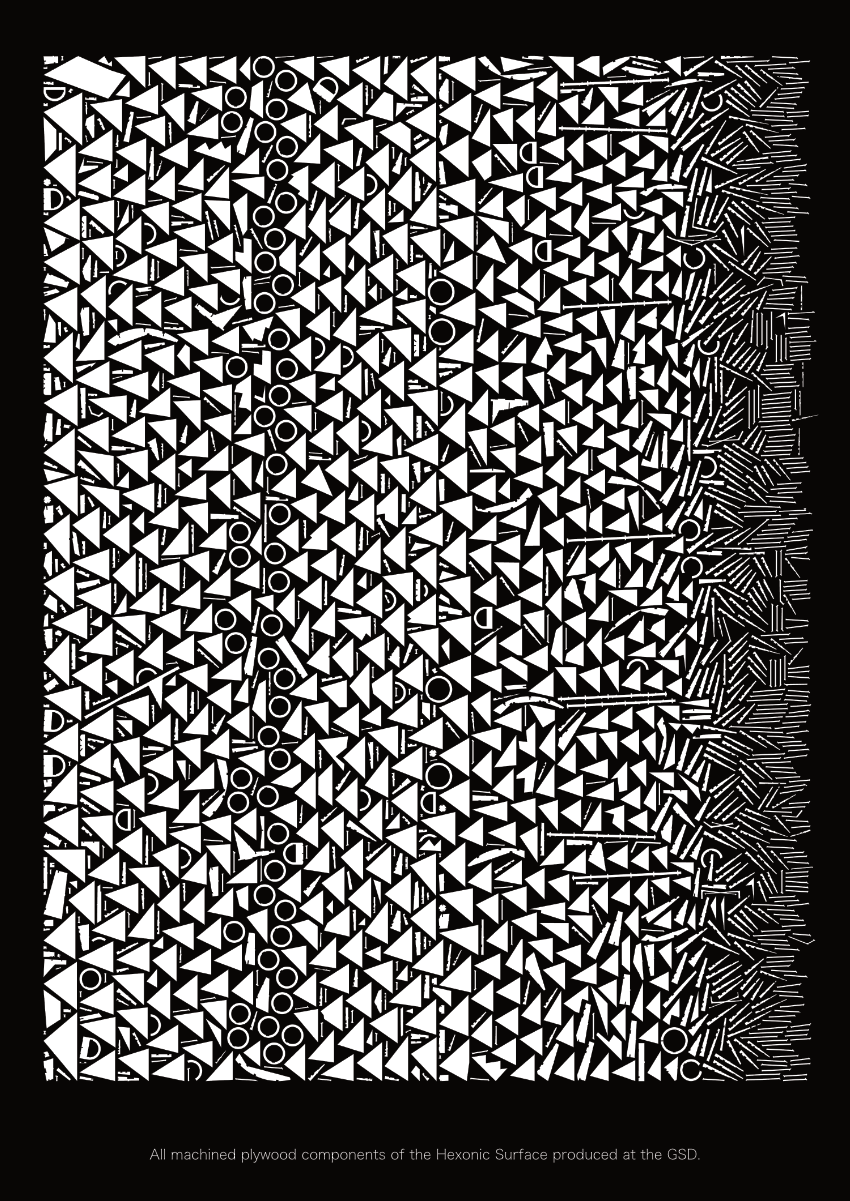 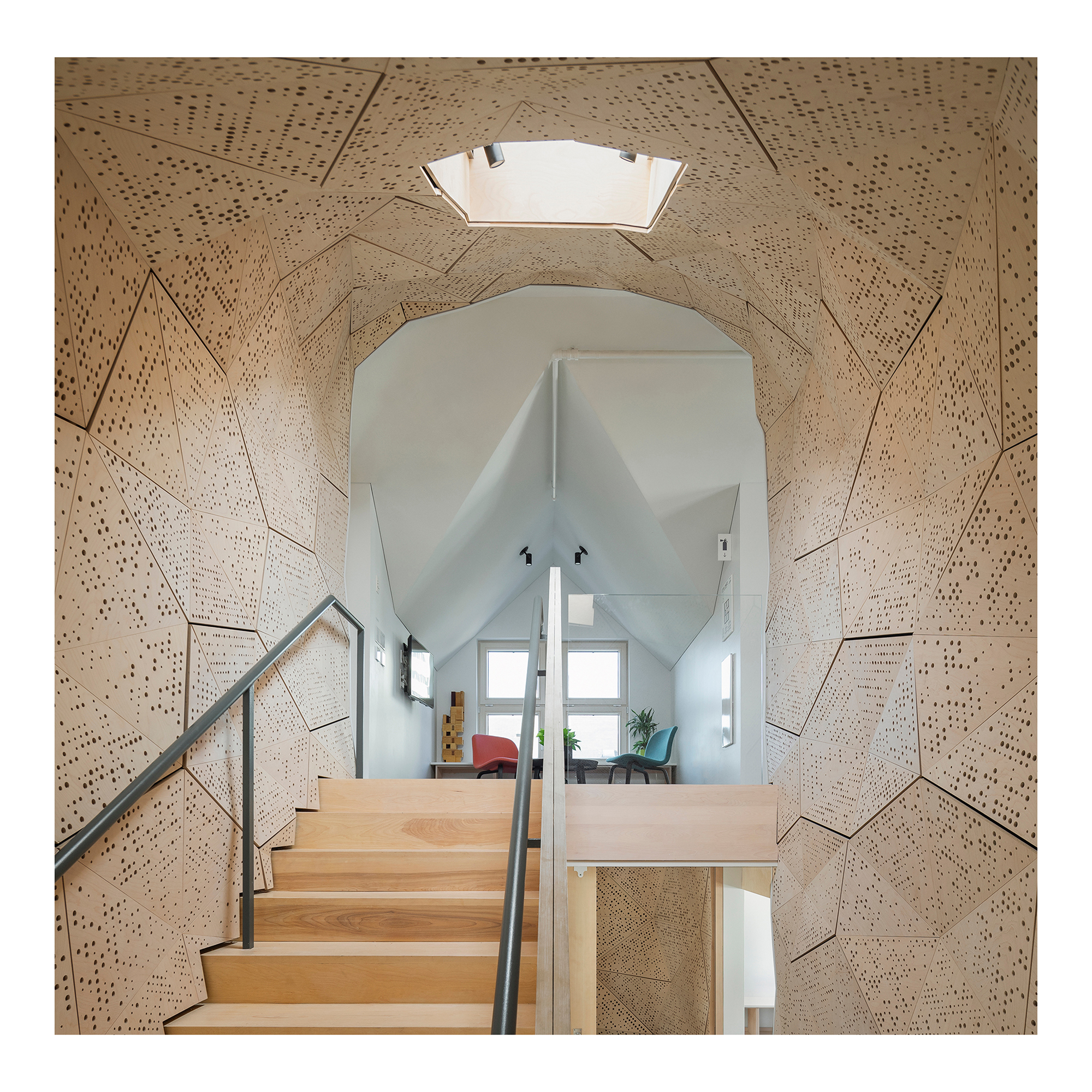 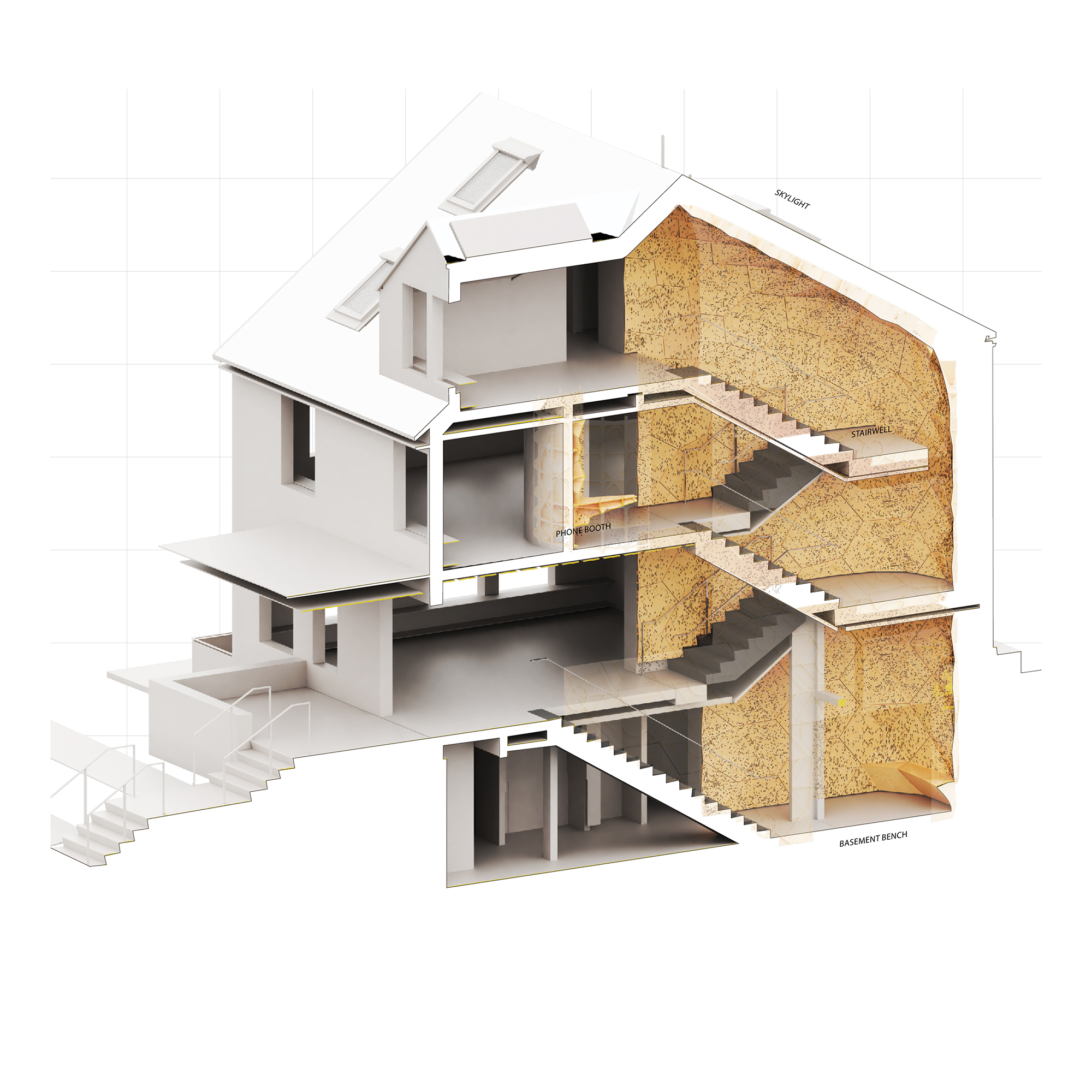 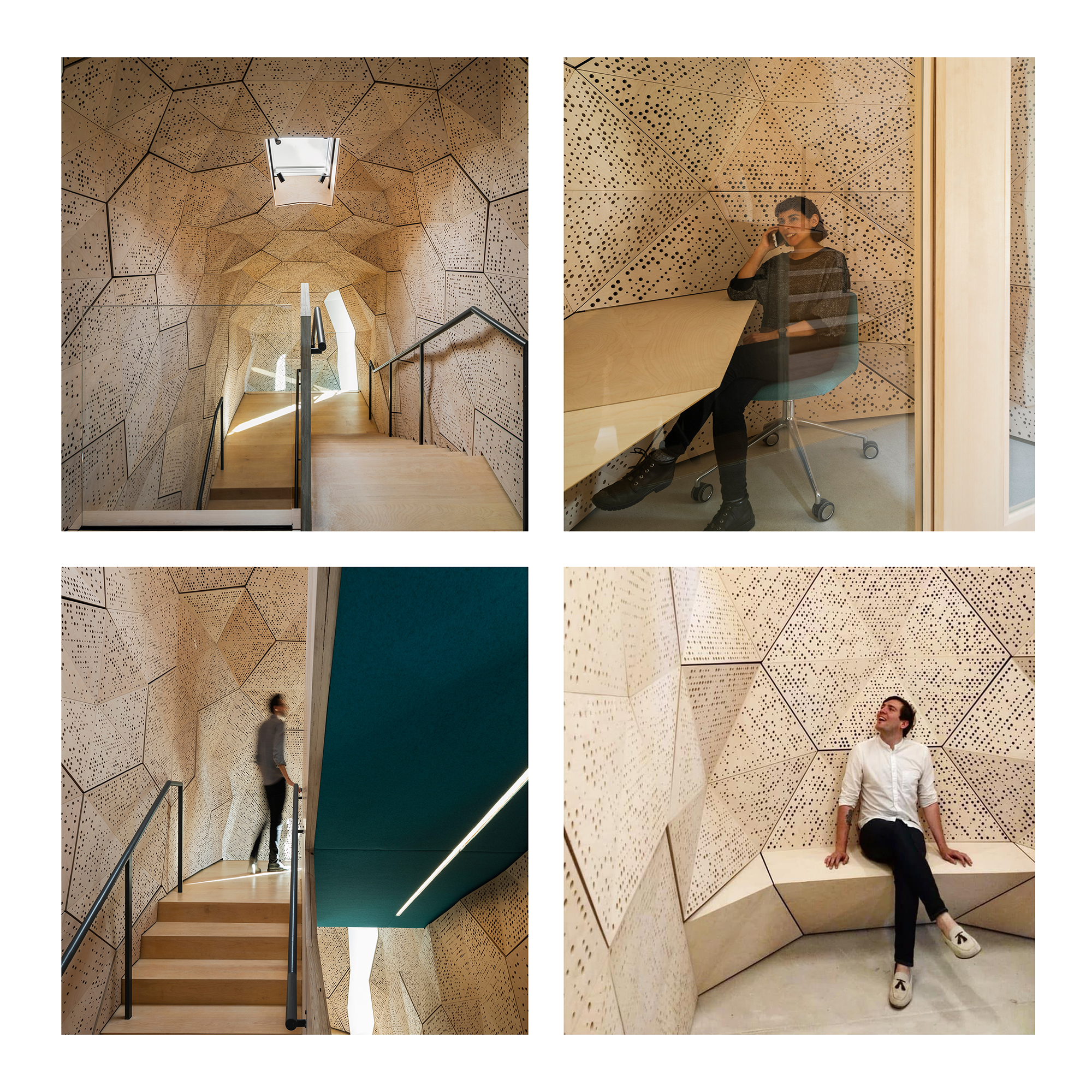 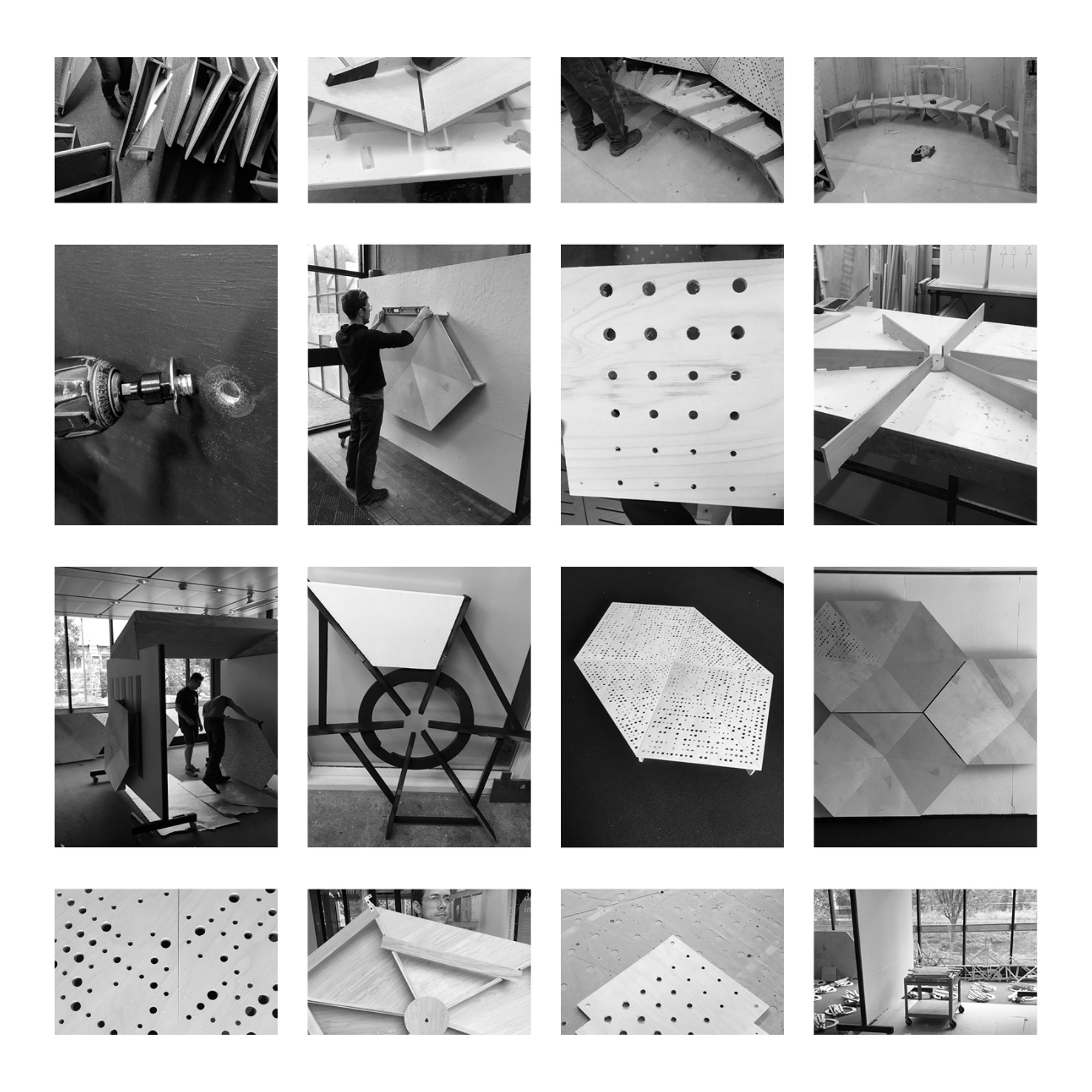 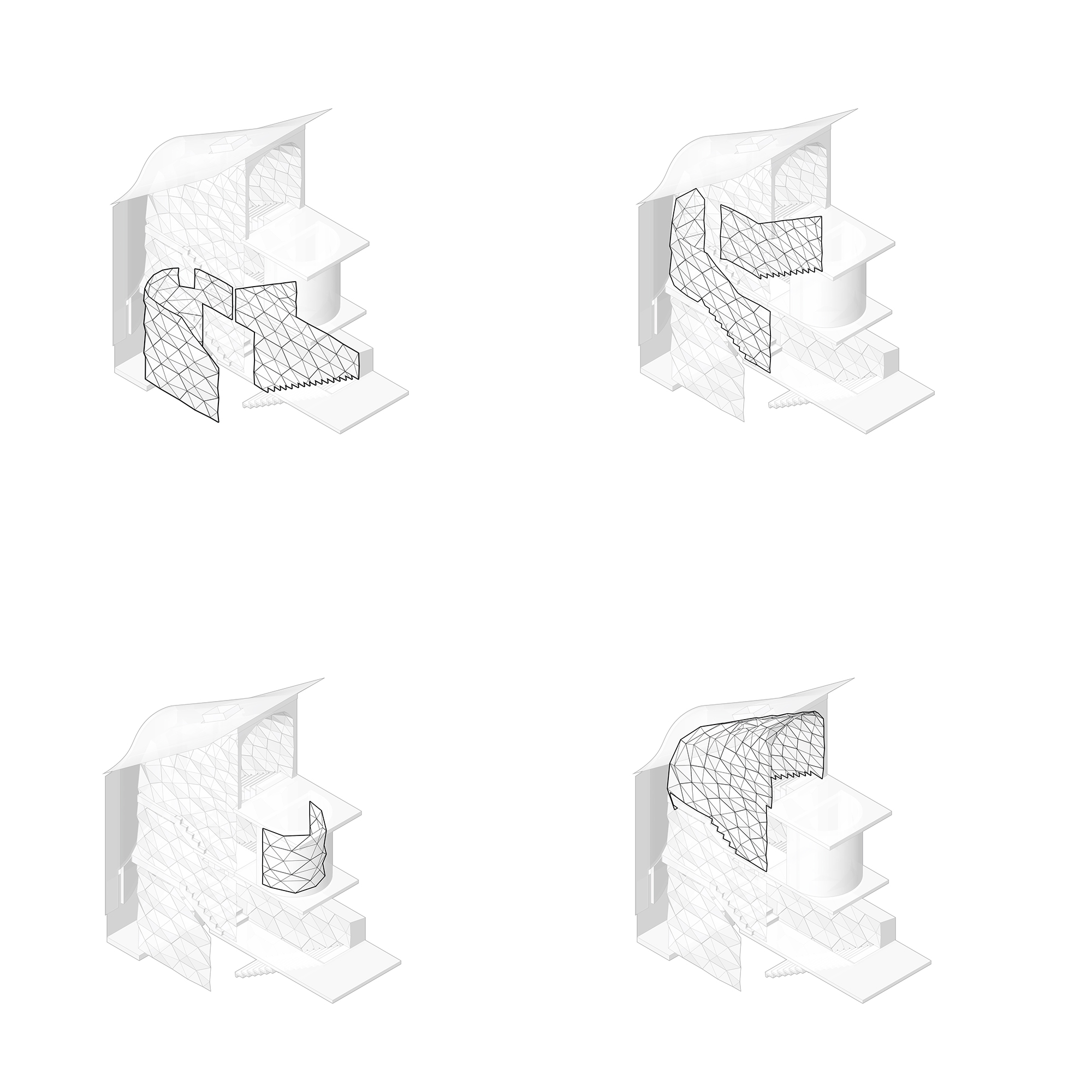 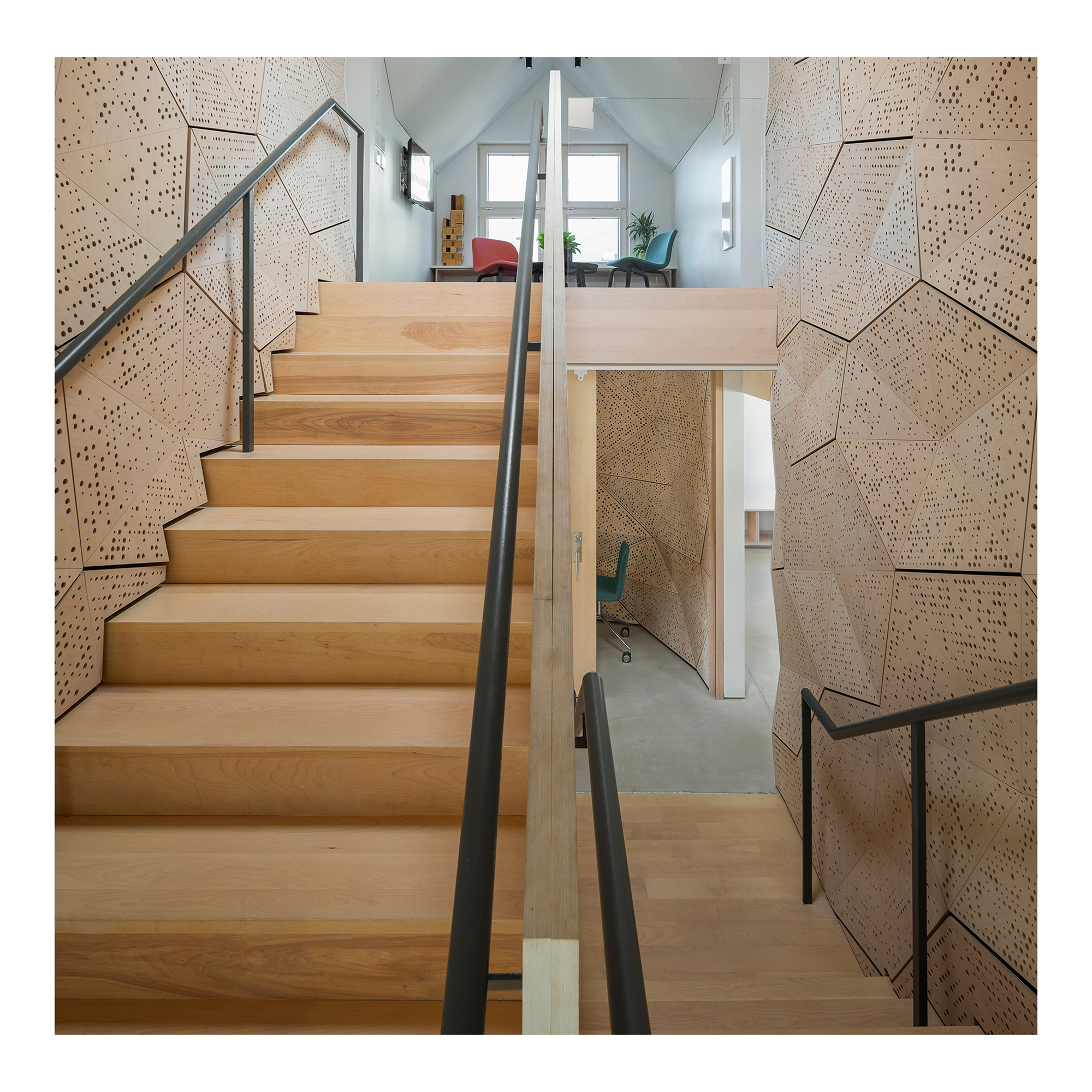 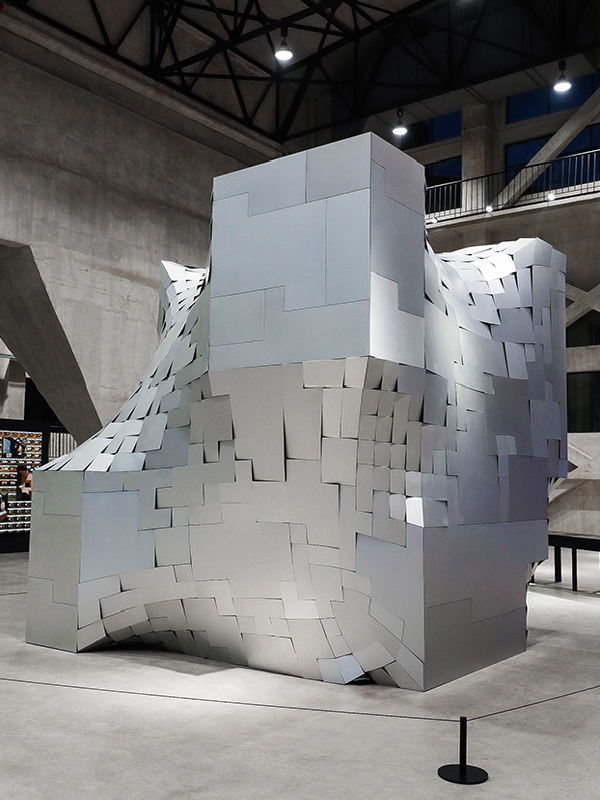 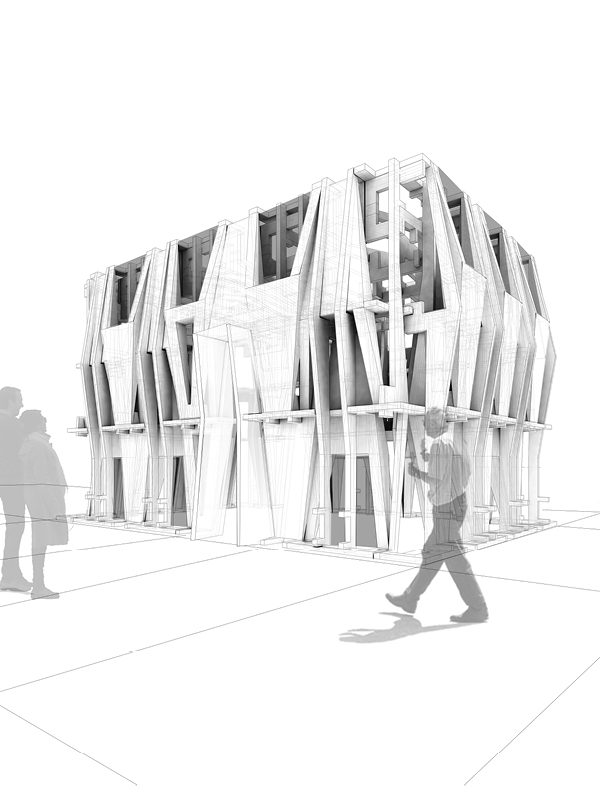 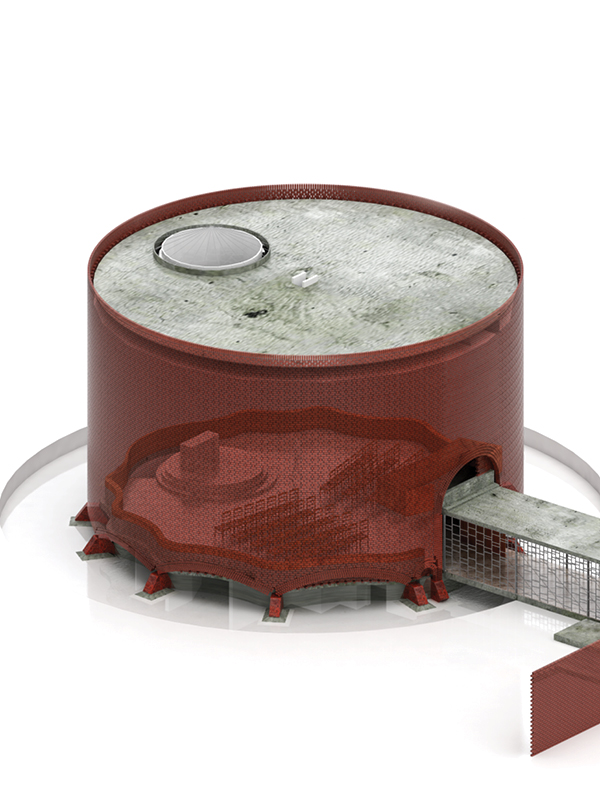 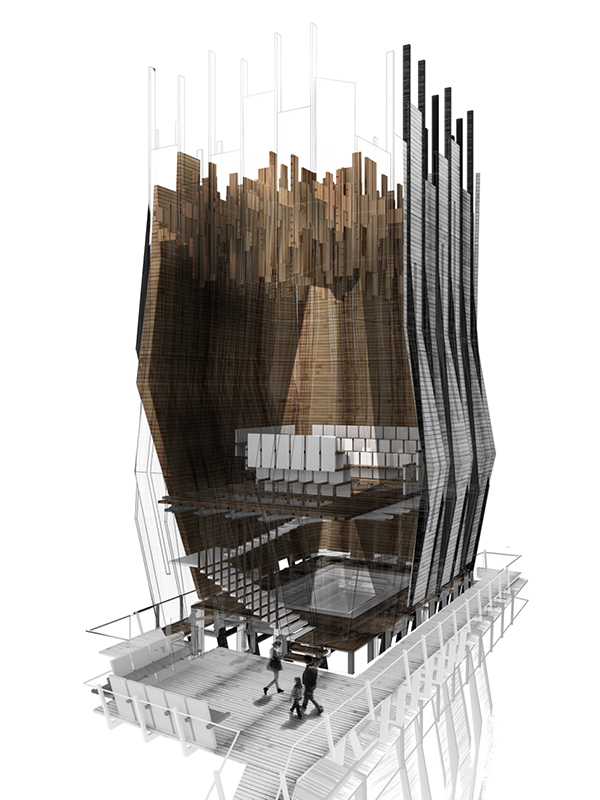