Coffea Arabica is a three channel simulation of the effects of climate change on coffee plant growth, epidemiology, and path to market.

Coffee bean production makes up to ten percent of Ethiopia's GDP ($881 million in 2016). Forty-one percent of Ethiopia'a coffee is grown in wild forest and semi-forest, rather than plantation monocultures. This wild genetic stock also holds importance for the future of the beverage: genetic diversity safeguards against the spread of pest and disease epidemics, and directly relates to a diversity of future flavor profiles, which in turns effects future markets.

The plant Local Scale simulates the relationship between plant density and the spread of disease.

At the Regional Scale, coffee plants are born in forest and semi-forest covered areas. As climate change shifts hardiness zones to higher elevations, the coffee plant's habitat migrates with it. Plantationsare constructed in proximity to wild plant populations and will therefore shifts with them, but they must also optimize their location with respect to existing road (export) infrastructure. This model would imply that land ownership might be rethought of as a title to a vector of migration, rather than a set polygon.

The National Scale simulation depicts flows of coffee crops to market through a network of road and rail infrastructure. Routes to market shift according to the migration of coffee plant habitats, which can be used as a tool predict how to best invest in road networks. 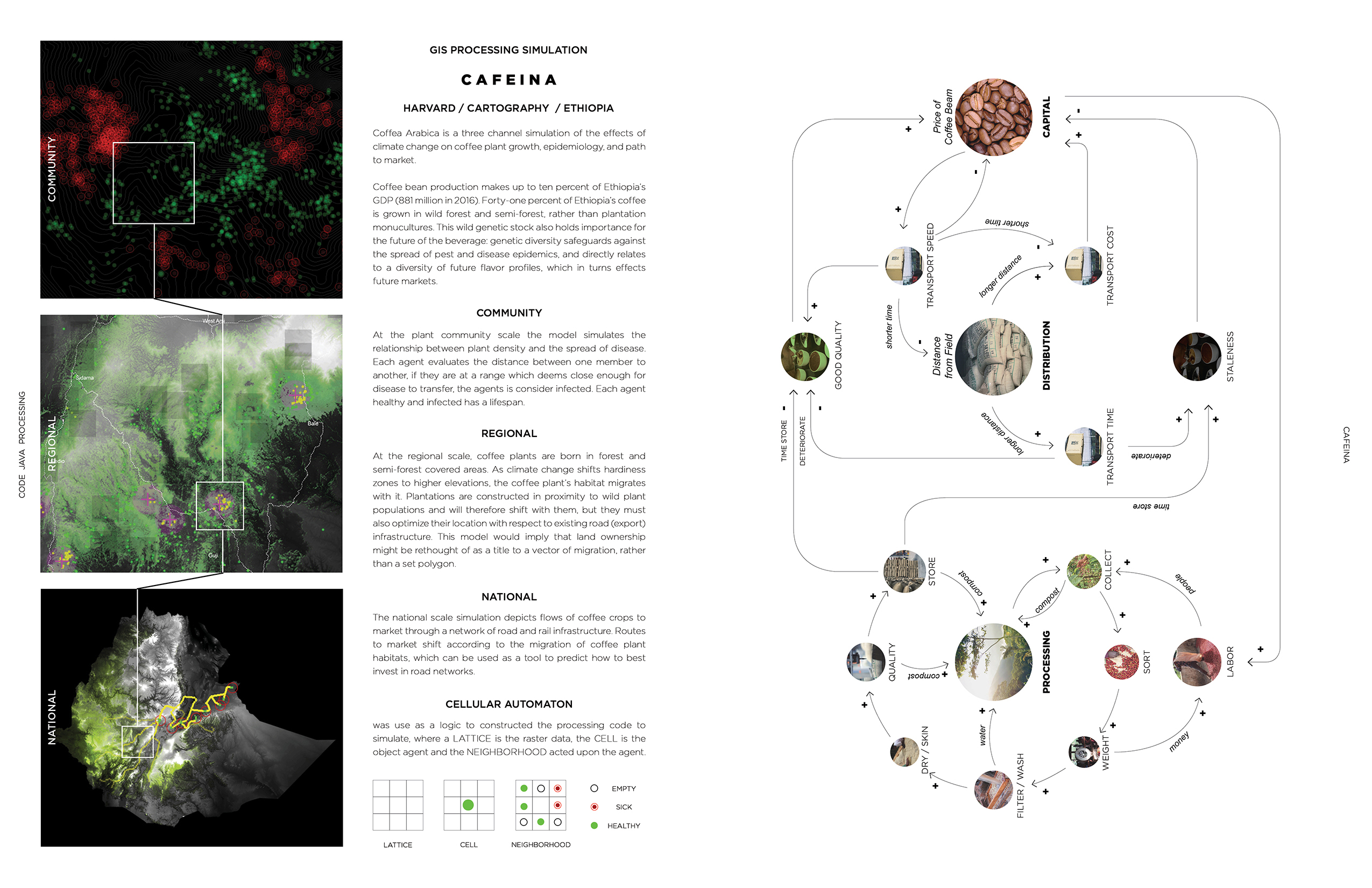 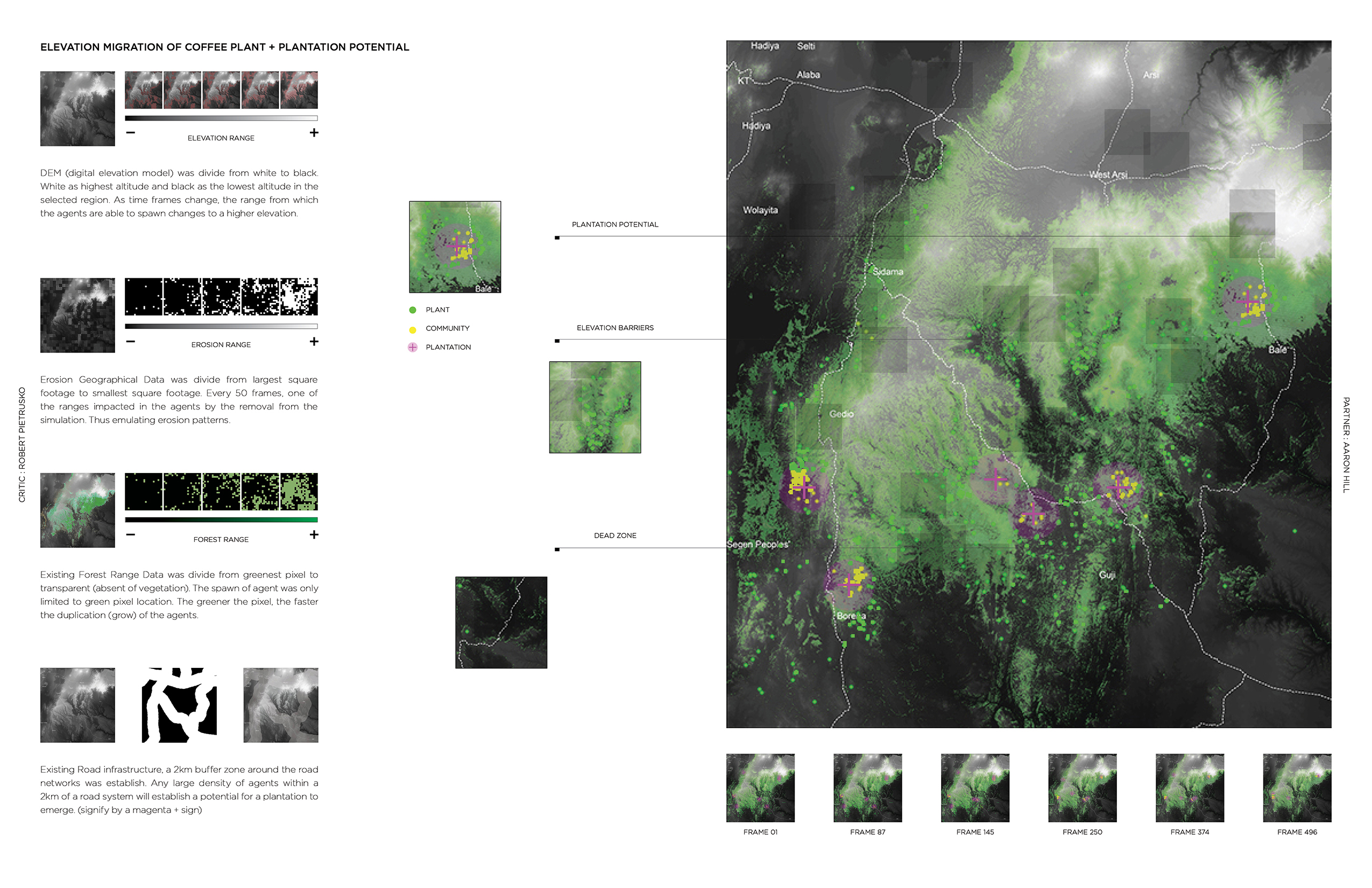 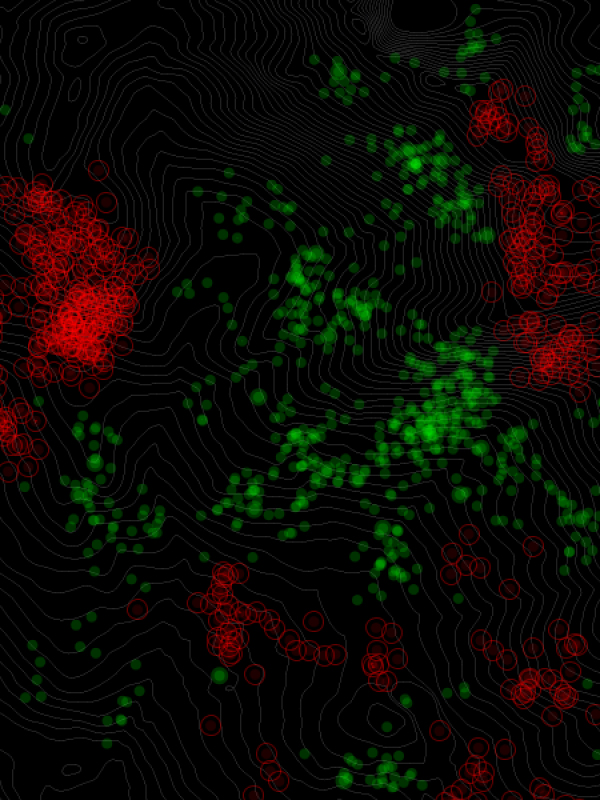 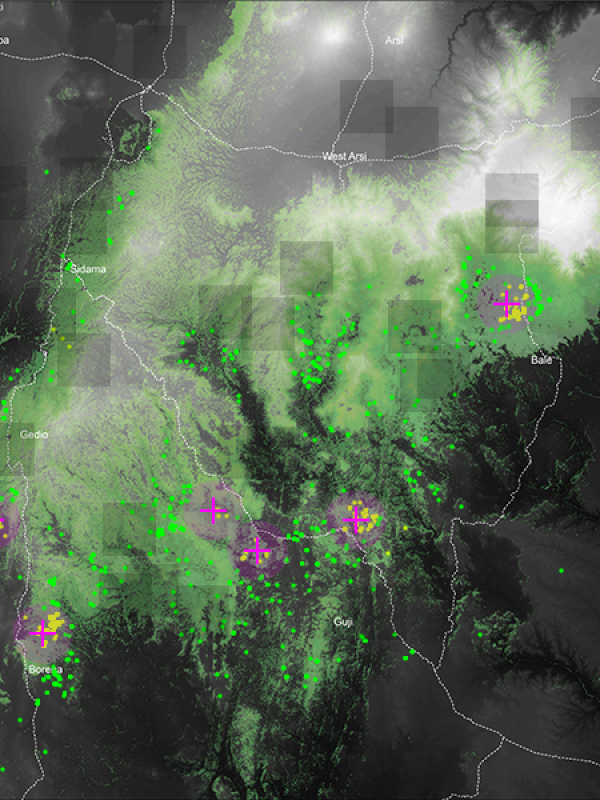 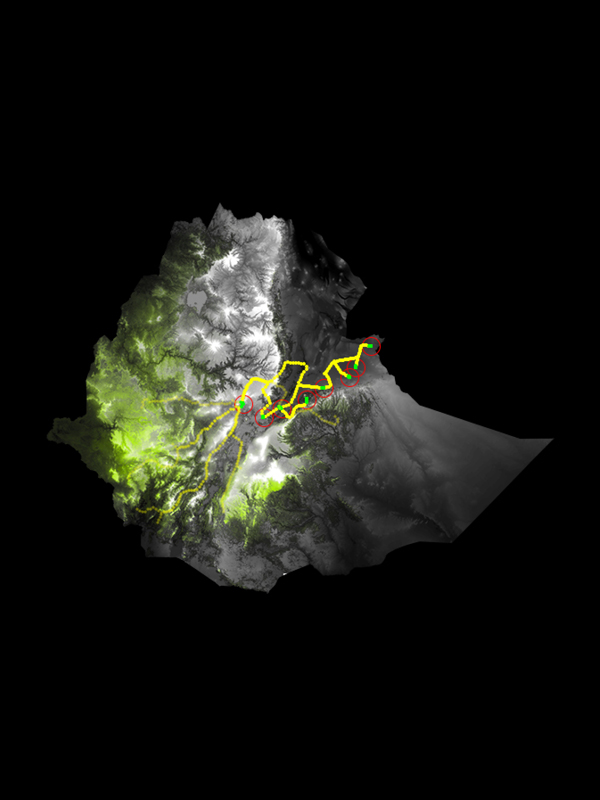